The Basketball Wives have started a trend in reality television.

Everybody and their mama wants to be a part of a ‘wives’ show. It appears former ‘Flavor of Love 2’ winner Deelishis, former Detroit mayor Kwame Kilpatrick’s sister Ayanna Kilpatrick-Ferguson, MTV’s Making the Band’s Sara Stokes and author Valencia Williams will star in “Motor City Wives.”

The show will center around these four ladies living their lives in Detroit. The pilot has already been filmed, but has yet to be picked up by a network. But it shouldn’t take long with the spicy storylines that it has to offer.

Deelishis, whose real name is London Charles, is confronted on the show by Ayanna’s husband about allegedly sleeping with the former Detroit mayor. Deelishis is married to Detroit party promoter Orlando Gordon. 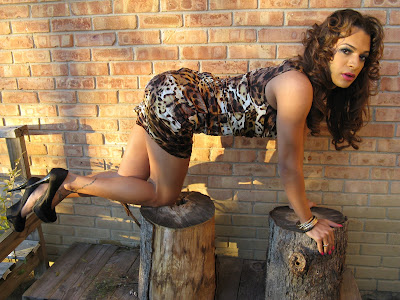 Valencia will meet transgender woman Julisa (pictured above), who was rumored to have been pursued by Rev. Run’s son JoJo Simmons on Twitter. Julisa will make an appearance on the show and give his side of the story.