Miami police have a few questions for rapper Rick Ross after a murder took place outside his home.

Ross is not a suspect in the death of 39-year old Gregory Paul Nesbitt but police still want to question him. A source told TMZ that Ross was not at the Miami Gardens home when the shooting occurred. But the victim’s body was found inside the home’s gate.

The Miami Herald reports that police received several calls of shots fired before 7 a.m. When officers arrived to the scene, they found Nesbitt shot several times on the front yard of the house. His body laid inside the gate opening. 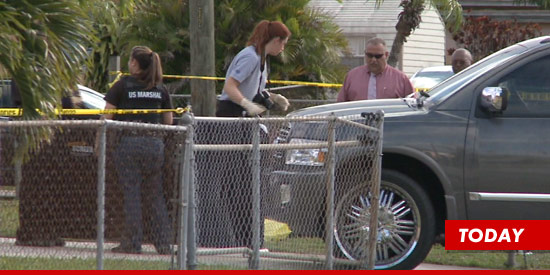 Authorities are unsure whether or not the dead man had any ties to Ross. The rapper uses the property as a recording studio. Ross also lets his friends stay at the property.

The Maybach Music Group head has been busy touring. He recently performed at The Beachem in Orlando during NBA All Star weekend. Ross has not released a statement about the murder.