Ex-NFL star Darren Sharper is being investigated for rape in Miami.

Sharper was charged last week with seven rape and drug counts involving four women he allegedly met at a West Hollywood nightclub. Court documents filed Friday revealed additional allegations in Las Vegas, New Orleans and Tempe, Ariz., that are all still under investigation. With the new allegation in Miami, it brings the grand total to eight. 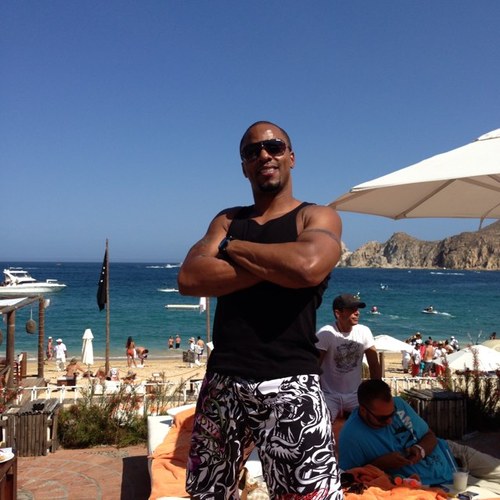 The judge also ordered Sharper to stay in Los Angeles, avoid nightclubs and bars that serve alcohol and not be alone with any woman he met after Oct. 30, which is the date of the first alleged incident in L.A.

The Miami Herald reported that police there opened a sexual battery investigation Jan. 19, two days after Sharper was arrested in Los Angeles. A woman told police that she learned of Sharper’s arrest and wanted to “clear her conscience.

The woman says she went to police after recognizing the NFL star from a TV news story about his other alleged rapes.

The new accuser’s story sounds just like the others … she and some friends met Sharper at a Miami nightclub on September 27, they drank, they went back to his condo.

According to the police report, obtained by TMZ Sports, the woman says she was “extremely intoxicated when she arrived to his condo.” She eventually went to Sharper’s bedroom with him and closed the door.

The report says … sometime later, two witnesses heard the accuser telling Sharper, “No no I don’t want to.”

The witnesses reportedly entered the room “attempting to take [her] to her residence” — but the alleged victim did not go and drunkenly told the witnesses she “wanted to sleep.”

The next morning, the alleged victim claims she woke up with Sharper having sex with her, sans condom.

The woman says she immediately went to a doctor where she received treatment but did not file a police report … until several months later, when she saw a news report about Sharper being arrested for allegedly raping 2 women in Los Angeles.

According to the police report, taken on January 19th (one day after Sharper’s arrest) the woman told police she went to Miami Beach police because she wanted to “clear her conscience.”

Charges have been filed only in connection with the L.A. allegations, though officials in the other jurisdictions said their cases remained open. Sharper is due back in court April 15.