The Dallas Cowboys has had enough with Dez Bryant’s disruptive conduct off the field.

And now team officials are enforcing some pretty strict guidelines with the 24-year old wide receiver for the entire football season. Bryant allegedly agreed to abide by the long list of rules that began on Aug. 23.

Sources told ESPN that Bryant’s must follow these rules below:

A midnight curfew. If he’s going to miss curfew, team officials must know in advance.

He can’t attend any strip clubs and can only attend nightclubs if they are approved by the team and he has a security team with him.

He must attend counseling sessions twice a week.

A rotating three-man security team will leave one man with Bryant at all times.

Members of the security team will drive Bryant to practices, games and team functions.

Bryant’s adviser, David Wells, will hire the security team for the wide receiver.

The rules stem from a July 14 incident where Bryant was charged with allegedly assaulting his mother, Angela Bryant. He allegedly hit his mother in the face with a baseball cap and grabbed her T-shirt, causing her bra to tear. 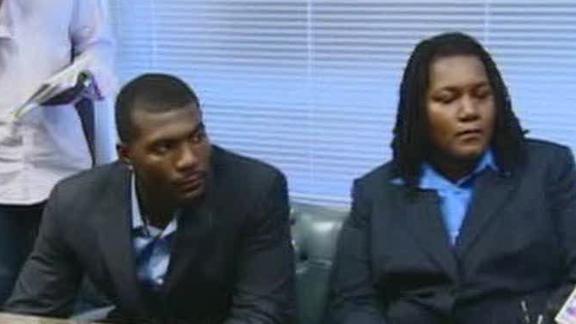 Bryant was charged with a Class A misdemeanor by the DeSoto Police Department. Bryant’s attorney, Texas state senator Royce West, said at a news conference the receiver didn’t commit any violence against his mother.

Angela, later, decided to not press charges against her son and to not cooperate with authorities. The Dallas County district attorney’s office hasn’t decided if it will pursue charges.