It appears Serena Williams is looking for something different.

The tennis star has set her sights on dating an athlete instead of a rapper. Williams, who allegedly dated Common and Drake, was spotted in Paris with Bulgarian tennis pro Grigor Dimitrov. The two had lunch at L’Avenue before taking a romantic stroll. Serena, 30, and Grigor, 20, were also spotted visiting the Eiffel Tower.

“They were laughing and seemed to really enjoy each other’s company,” a source told Page Six. “It looked like a first date.” 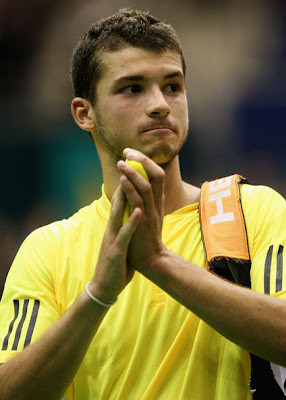 Williams, who has an apartment in Paris, was back in Boston last night for Fed Cup matches against Belarus. Serena dated Common on and off for a few years before splitting in 2010. She later dated Drake for a few months.