Nas and Australian rapper Iggy Azalea has been hanging out quite a bit lately.

Even though the two emcees are currently on tour together, they’re rumored to be more than just tour mates. Speculation about a possible relationship began after Nas and Iggy were photographed hanging out at various events together.

And to add more fuel to the fire, Iggy has a history of dating rappers while Nas also dates women in the industry. Eben Gregory reports:

While they’ve just been innocently hanging out at different parties, the rumor mill is already pinning the two artists are together. The “Bounce” femcee was tight-lipped about her previous relationship with A$AP Rocky, despite getting “Live Love A$AP” on her fingers, so if she and Nas are together it’s unlikely she’ll be speaking out about it anytime soon.

Azalea has also been previously linked to Kanye West, while Nas was married to Kelis. Check out a few photos of Nas and Azalea hanging out below. 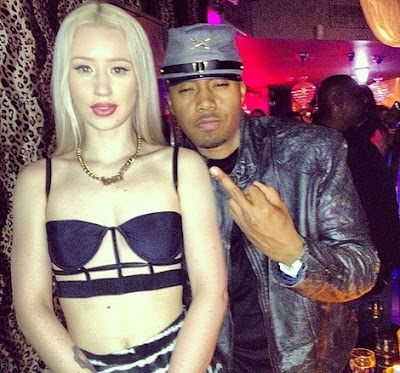