Word on the streets is that McCoy has been dating Bishop Noel Jones, JasmineBrand reports. They’ve spent loads of quality time together and sources reveal that a wedding could be in the near future. McCoy even sat in the special section of the sanctuary of the church on Sunday.

This is not Jones’ first relationship with a celebrity. Jones, who is the brother of Grace Jones, used to date Real Housewives of Atlanta’s NeNe Leakes. But the relationship ended because Leakes had too much baggage. 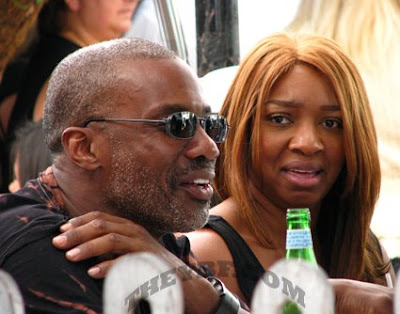 Both Jones and McCoy have been married before. McCoy’s marriage to Misick ended in 2008. Bishop Jones, who was married for close to 20 years, divorced in the 1990s and is the father of three.

Pastor Jones has interests in television and McCoy is reportedly shopping a reality show on behalf of the pastor called “Keeping Up With the Joneses.”