Kelly Rowland is usually quiet about her dating life.

However, since releasing the song, Dirty Laundry, in May Rowland has opened up about her prior relationships. The former Destiny’s Child singer revealed in the song that she was in an abusive relationship with a ex-boyfriend, who is rumored to be Nelly’s former manager.

Now it appears that she’s ready to reveal more about her love life. Rowland’s fans got a big surprise over the weekend when the Kisses Down Low singer posted the photo below of her and rapper Pusha T partying at Atlanta’s Privé nightclub on Instagram with the caption: “I love you baby! #streetlife @kingpush.”

Many assumed Rowland was announcing a relationship with the rapper after they partied on June 26. Kelly and Pusha, who is signed to Kanye West’s GOOD Music label, have a song called Street Life on her latest album Talk a Good Game.

No word on if a relationship sparked from their collaboration but the two were spotting be very cozy at Prive. If the rumors are true, Pusha’s longtime girlfriend, Virginia Williams (aka Ginny) won’t be happy. Pusha allegedly bought her a Rolex watch for her birthday two weeks ago.

Check out more photos of Kelly and Pusha T below. 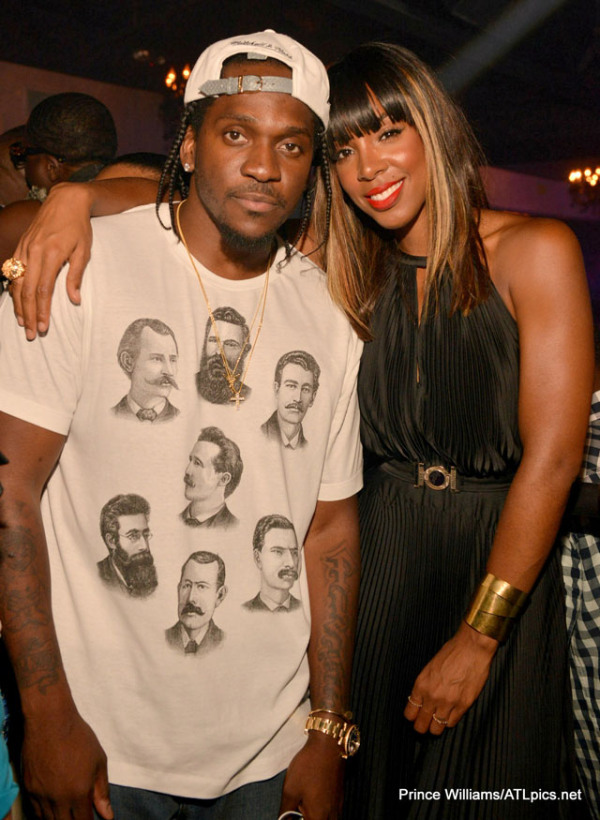 Photos via Instagram, ATLpics.net and In Flex We Trust