When Torrei was ordered to pay Kevin’s attorney fees for a motion she filed, the Think Like a Man star’s ex went ballistic. Torrei attempted to assault Hart’s attorney Debra Opri, RadarOnline.com reports.

The divorce had already been finalized so they were in court for post divorce matters. But things didn’t quite go the way Torrei wanted them to. The judge sanctioned Torrei and that’s when things went down hill.

“At the conclusion of the hearing in which the judge ordered Torrei to pay Debra Opri’s legal fees for a filing motion Torrei was absolutely livid that she had been ordered to pay a portion of Kevin’s legal fees,” an eyewitness told RadarOnline. “And she lunged at Debra Opri, who was in the hallway at this point. Several sheriff’s deputies had to restrain Torrei and separated the two. Torrei said that Opri was a ‘b*tch,’ and Opri was shaken up after the incident. Torrei wasn’t arrested.”

Hart filed for divorce a year ago, and it was recently finalized. The couple shares joint custody of their two children.

“Kevin pays Torrei child support and just wishes that Torrei would get over the bitter feelings she has towards him for the sake of the children,” another source told Radaronline.

Check out photos of Hart, Torrei and kids. 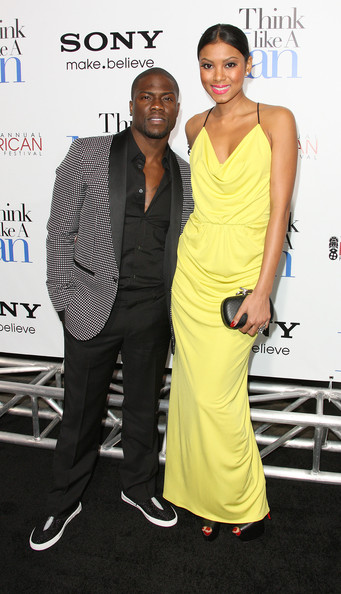