Ciara is scared for her fiancé’s life.

The I Bet singer is afraid Future will end up killing Seattle Seahawks quarterback Russell Wilson. According to TMZ, Ciara made the claims in legal docs she filed in her defamation lawsuit against the father of her son.

Ciara said Future once posted football emojis with gun emojis pointed at them on Instagram. She goes on to refer to “Juice,” a song in which Future raps about “murder trials” and “O.J. Simpson” off last month’s Project E.T.: Esco Terrestrial.

CiCi believes these acts are “frightening” and “socially irresponsible,” while pointing out that “there has been a recent rash of gun violence.” Ciara filed a $15 million lawsuit against Future for defamation. He countersued in April before dropping his lawsuit in June.

Future responded to the new media storm with the subliminal tweet, “Wish everyone could move on like me…that’s my only wish.” Future also made sure his fans knew he was focused on his career. 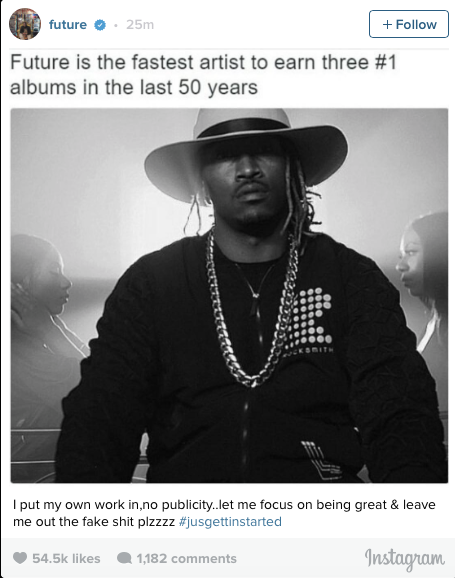 Future talked about Ciara in his new Rolling Stone article.

“Her being successful, her being happy, helps me,” he said. “I’m attached to you. If you’re happy, I’m happy. We’re connected for life. I don’t want you to go through this shit and for it to come back on my son, my kid. I want you to be in the best situation.”

Its rumored that Ciara and Wilson will marry over the weekend in England. According to E! News, the lovebirds were spotted together in Liverpool, England earlier today for their rehearsal dinner at Stanley’s Bar and Grill.