Ciara And Russell Wilson Got Married in England [Details]

Ciara is no longer a single woman.

The singer and Seattle Seahawks quarterback Russell Wilson got married on Wednesday. According to TMZ, 100 of the couple’s closest family and friends gathered at Peckforton Castle in Liverpool to witness the ceremony.

The bride wore a custom Roberto Cavalli gown, which was designed by the label’s creative director Peter Dundas. The groom, and Ciara’s son Future, both wore Giorgio Armani Made to Measure for the special day, E! News reports.

Ciara and Wilson shared the first photo from their wedding on social media simply writing, “We are The Wilsons!” 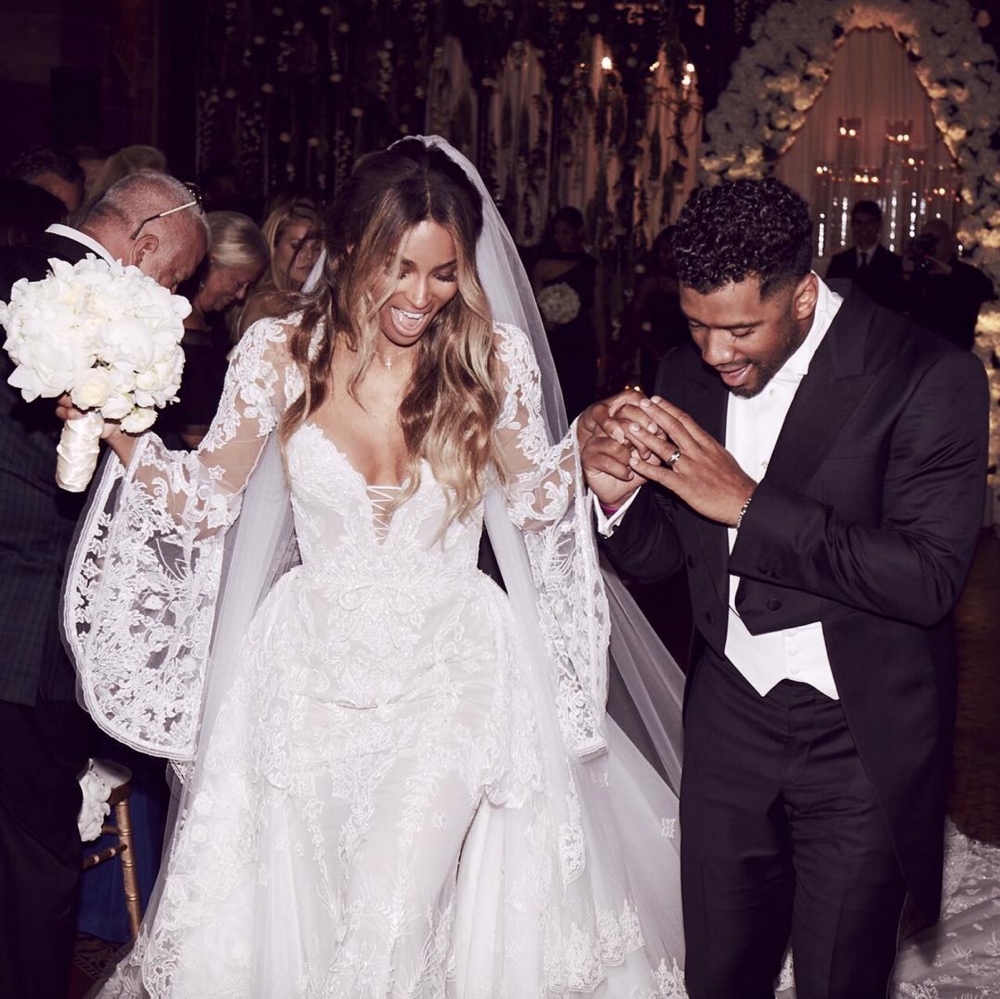 Jennifer Hudson, Kelly Rowland, and La La Anthony were among those in attendance. The couple, who got engaged in March, began dating in April 2015. Ciara was previously engaged to Future, who she shares a child with. This will be Wilson’s second marriage. He has no children.