Christina Milian has had enough of the negative comments.

After one of Milian’s Instagram followers commented about her dating history and called her a ‘gold digger,’ the Love Don’t Cost A Thing star unleashed a lengthy rant defending herself. Milian is frustrated that people accuse her of being a gold digger despite her own success.

During her rant, Milian also revealed that she bought an ex-boyfriend a new car and he never returned it after the split. She never bothered to ask for it back either. 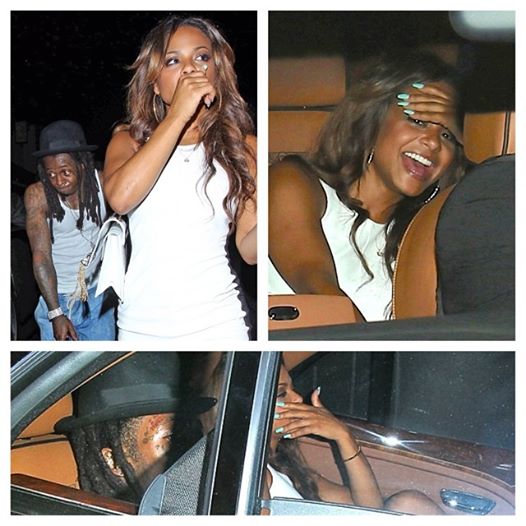 GIRL WHO TOLD YOU HE BOUGHT ME A CAR? Or my mama? Get it right boo I BOUGHT MINE AND MY MOTHER’S. So you have assumed wrong AND/or you have been misinformed. I’m tired of ANYONE accusing my hard work and money or ANYTHING that I do as someone else buying for me. I BOUGHT it myself. I work honey. A Lot. I SAVE. And I spend wisely. Tell your friends. Your grand kids and anyone else. I’m so over hearing that bs “GOLD DIGGER” comment. I am far from that. HARD WORK PAYS OFF. I am built to work. I love what I do and I don’t expect anyone to count what I got cause y’all just don’t know. But seriously anyone claiming that statement is wrong. I could list billion things I invested into that relationship and others but I don’t have time for that.

I usually keep my mouth shut but as a woman I’m tired of people assuming that when a girl has nice cars, a house, lavish things etc…That it’s because someone else bought it. Matter fact, I’ve literally bought my ex a car but nobody talking about that. AND he kept it…I didn’t ask for it back. A gift is a gift. Im not worried I will be blessed beyond. But please it right. Women get money too. Women will never grow if we don’t break this mentality or keep putting each other own by ASSuming that we can’t take care of OURSELVES, a family and employ others…Male and female. Sorry to go in cause you’re not the first but that B’s Comment stuck out like a soar thumb. Not trying to make you the target of an attack but I guess I just had to get really for a second with y’all. Cause that ish drives me crazy.

It’s rumored that Nick Cannon was the ex Milian bought a car for years ago. During an interview at WJLB radio station, she said that Cannon was living with her and her mom during a time the couple was together. Nowadays, Milian doesn’t have to worry about her next check. Although she’s signed to Cash Money records and is rumored to be dating Lil Wayne, Miliam receives child support from The Dream. She also rumored to receive 10% of his publishing because of the divorce settlement.