It didn’t take Chris Brown long to be in Rihanna’s company.

The Loyal singer was reportedly spotted s Monster tour in Los Angeles Friday night. Brown allegedly attended the concert with Tyga. In one photo, Brown can been seen in all red not too far from Rihanna, who wore a black and white hat.

This comes on the heels of Brown and his on-again-off-again girlfriend Karrueche Tran breaking up. One rumor claims Brown dumped Tran after he allegedly caught her texting and sending photos to other guys. Another claims Tran dumped him afterhe started to like photos of Rihanna on Instagram.

A woman who claims to be ‘cool’ with Rihanna, Brown and Tyga confirmed that all were there. She posted the photo below on Instagram with the caption: “@chrisbrownofficial @kinggoldchains #selfie rawwwwarrr �”

The same night as the concert, Brown posted a photo of his latest artwork. It was similar to the Monster Tour logo. 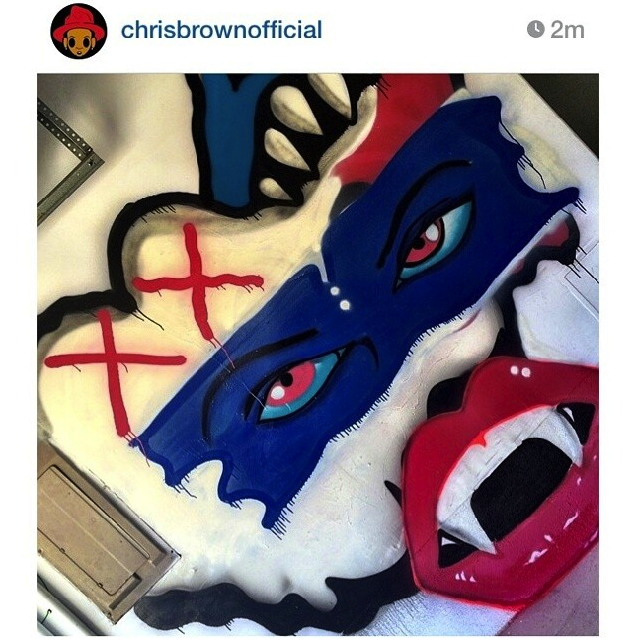 After fans realized the resemblance, Brown quickly deleted the photo and painted over it and re-posted it. 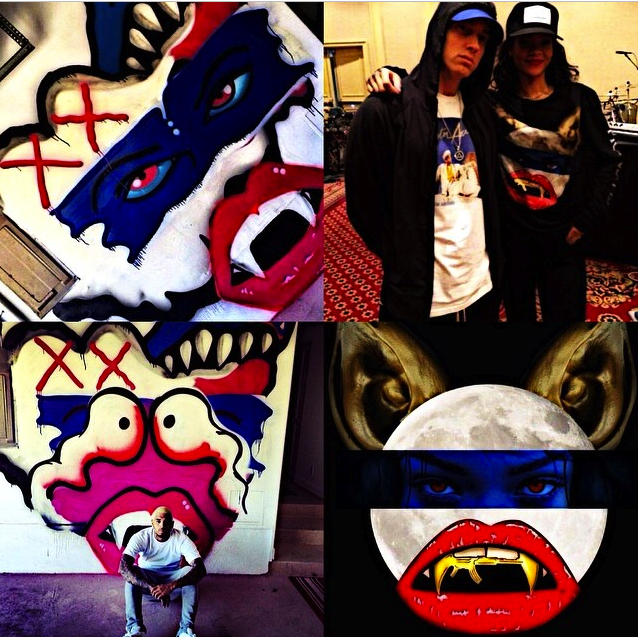 Brown always seems to go back to Rihanna when he’s ready to release a new album. Hope RiRi catches onto his pattern.