Chris Brown is finally letting the world know that he indeed a father.

The Loyal singer has remained silent about fathering a child. But it appears he’s ready to share the news to the world. On Thursday night, he posted a couple photos of his daughter Royalty on Instagram for the first time.

Brown spent some time with his 10-month-old dauther before hitting the stage with Jamie Foxx on Jimmy Kimmel Live. Royalty was all smiles as she sat in her dad’s lap wearing a matching red hoodie.

Brown shared the photo below with the caption: “God has blessed me with my twin. #ROYALTY”

Brown also posted a second photo of Royalty with a crown emoji.

TMZ reported that Brown was the father of a 9-month-old baby girl. The mother is former model Nia Amey, whom Chris has known for several years. 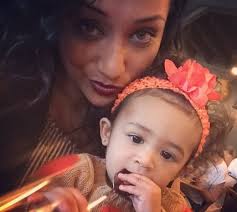 It didn’t take long for Brown’s on-again, off-again girlfriend Karrueche Tran to publicly break up with the singer.

“Listen,” she tweeted. “One can only take so much. The best of luck to Chris and his family. No baby drama for me.” 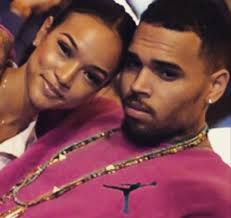 Just a few weeks later, Tran appeared on Iyanla: Fix My Life where she discussed how she found out that Brown was a father.

“Actually, at the moment that I found out, he was texting me saying, ‘I need to talk to you in person,’” Tran said. “Then I got online and I saw that.”

Tran continued, “I still love him. I’ve tried to help him. Go to church, pray, yoga, meditate. If he were to change, we’d be in a better place. But that’s the problem. Yes, he is damaged, but I’m damaged, too.”