The pop star has been spotted with Rihanna and ex-girlfriend Karrueche Tran on numerous occasions. But he’s not limiting his time with only these two women. French Reality Star Ayem Nour claims she had sex with Brown while he was on tour in Paris around the second weekend of December.

Brown seems to justify his actions by saying he’s single, but does that give him a pass to string two women along? Karrueche doesn’t seem to mind, but RiRi appears to have had enough. After several hints on Rihanna’s Twitter that she might be done with Brown, a photo of the two posted from his Instagram account may mean he’s not ready to let her go.

On Tuesday, Rihanna tweeted an R Card with the message, “Being single sucks. The only thing I get to do anymore is whatever the f**k I want to do.”

The message came one day after she tweeted, “Never underestimate a man’s ability to make you feel guilty for his mistakes.” Many believed she post the comment after Karrueche joined Brown on his tour in Paris and Dubai.

Brown responded on Wednesday afternoon on Instagram with the photo below with the caption: “Always started wit breezy like the letter B…”  Shortly after he deleted the photo. 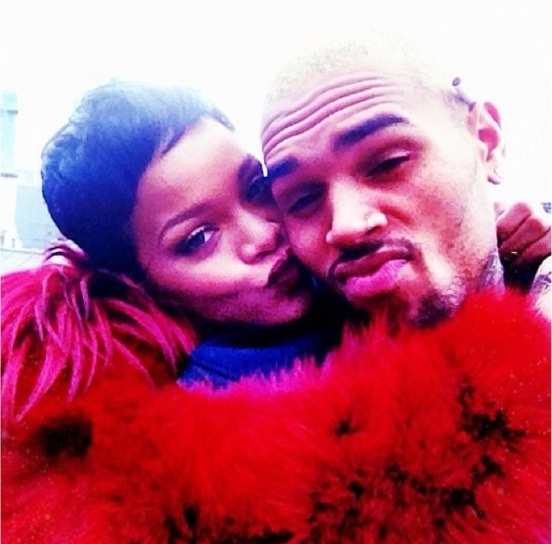 It was rumored that Brown was joining Rihanna and her family in Barbados for the holidays. The Diamonds singer is renting a $21 million beachside mansion.

According to the DailyMail, there are eight, 10,000 sq ft apartments within the complex that is just a walk on to the beach. Each unit features five en-suite bedrooms that boast their own private terraces and dressing rooms.