Chris Brown Goes Off on His Fat Fans [Details]

Singer Chris Brown is at it again.

Brown didn’t learn from his vulgar Twitter rant with a comedy writer that led him to deactivate his account for a few days. No, the singer decided to take his anger issues to Instagram.

Brown’s rant erupted after he got numerous negative comments about his weight. But in fairness, he started it. You see, Brown posted the photo below with the caption: “Skinny Ass Nigga.” 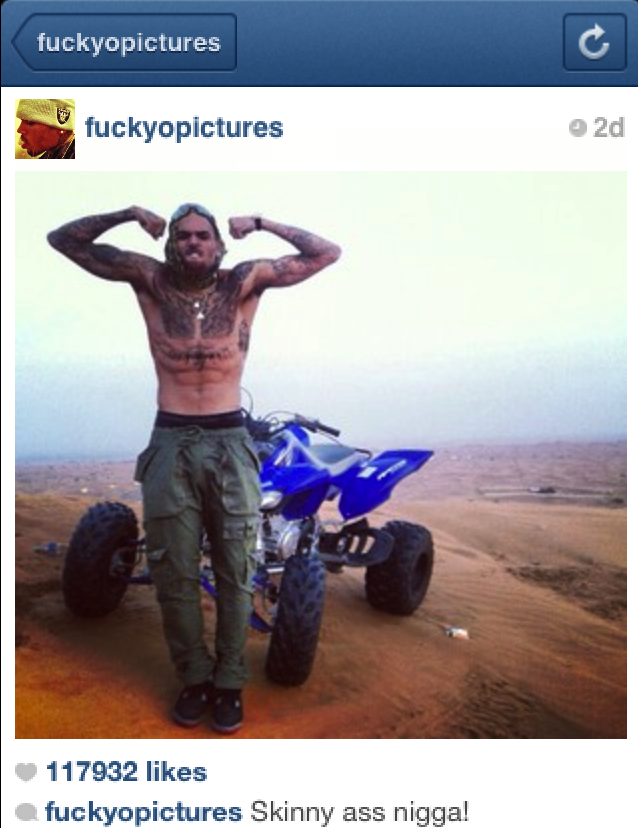 Brown appears shirtless with a pair of cargo pants while flexing his muscles. Many of his followers were simply giving their opinions about his frail body. But he didn’t like it. Brown fired back with the comment below. 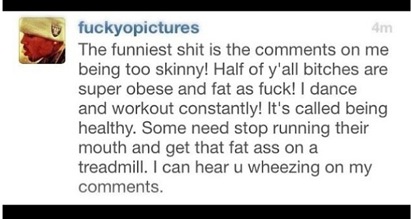 It’s amazing how Brown can weed out the negative comments from all the positive ones that he gets daily. His feelings were probably hurt because he thought he looked good in the photo, NOT!