Chris Brown is already in the middle of some drama in 2016.

Brown has been accused of assaulting a woman during a party at his hotel suite in Las Vegas over the weekend. But Breezy says it not true.

According to TMZ, the incident occurred after Brown caught the alleged victim, Liziane Gutierrez, taking his photo on Jan. 2 at the Palms Casino Resort. Gutierrez alleges she was able to get her cell phone into the suite and past security. But when Brown spotted her taking his photo, he went off and punched her in the right eye, and took her phone.

Gutierrez, a Brazilian model, left the party and called police a few hours later. She was not taken to the hospital. Vegas police are investigating Brown for battery and theft. A rep for the singer tells TMZ the woman’s claims are “undeniably untrue.” 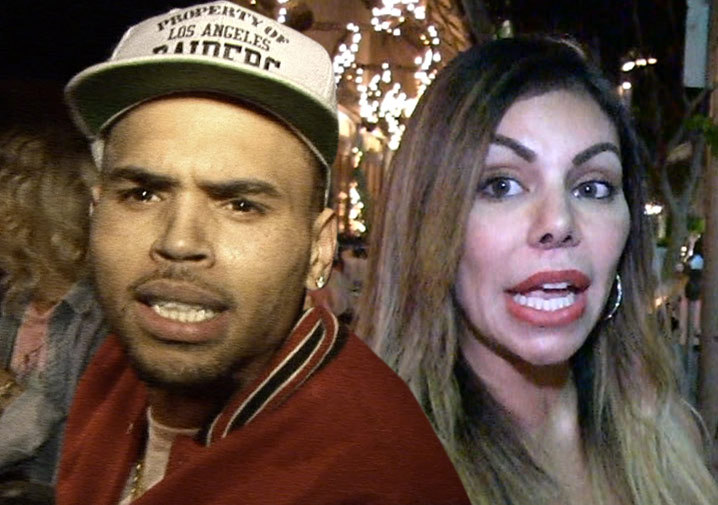 Later, Brown blasted Gutierrez and denied her claims against him in a now deleted video.

“Obviously, somebody is looking to get a check or start some sh*t,” Brown said. “I don’t know this old lookin’ bitch. This bitch is old, like dusty, look at her in the Jason Derulo video. Like she came to Vegas, she probably came to my room and was too ugly to get in.”

Brown took to Instagram once more to share his New Year’s resolution. “Keeping my circle small in 2016!” he said. “I’m done taking the care of grown ass men. And I’m going to be hella rich after all the lawsuits I file from these crazy individuals who keep lying on my name. Happy NEW YEAR! Time for some of us to grow the fuck up!”

This is not the first time Gutierrez has gone after a celebrity. Back in August, she claims Jason Derulo flew her in from Vegas, but ditched her at a Hollywood club. Derulo denies the claims and said he didn’t even know who she was.