Chris Brown Apologizes To Tyson Beckford For Threatening Him

Chris Brown is remorseful about his classless behavior over the weekend.

The drama between the two began when Brown saw a photo that Beckford posted on Instagram with his ex-girlfriend Karrueche Tran on Sunday in Las Vegas. Brown felt some type away about the photo and tweeted, “U wanna keep walking them runways. I need ta legs for that. Keep playing like I ain’t wit the bulls***. I’m Done all this internet talking blood. Be in Vegas soon. Keep playing ima fuck ya baby momma and then whoop yo child like he mine.”

Brown deleted the tweets, but Tyson responded, saying, “It’s all about fun in Vegas, come thru papa.” Tyson then posted video of himself firing a gun in a shooting range, writing, “Just in case your forgot!”

Later in the evening, Brown posted a photo of Vegas police behind a building with the caption: “This n**** Tyson got the whole Vegas PD out here. Suckah! This fruitz!”

Now Brown has a change of heart and publicy apologizes. 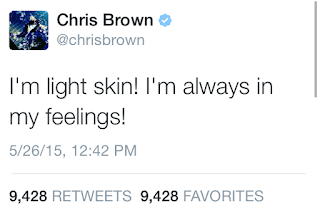 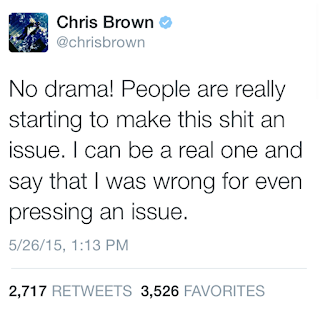 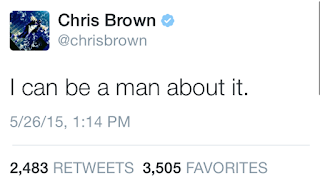 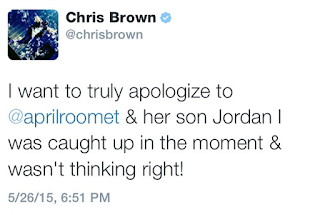