Chris Brown must sit behind bars a little longer.

The Loyal singer appeared in an Los Angeles courtroom on Friday where he admitted he violated his probation by getting into a fight in Washington, D.C., last year. According to the Los Angeles Times,

Superior Court Judge James R. Brandlin sentenced Brown to one year in custody, but gave him credit for the 234 days he already spent in rehab and jail. It’s possible he will be released earlier due to jail overcrowding.

Brown faced up to four years in prison, but the judge took into consideration his recent bipolar diagnosis, which could have attributed to some of the violence. Once he’s released from jail, his probation will be reinstated. 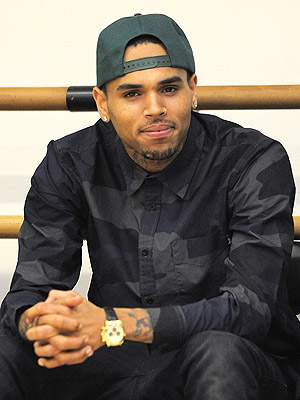 The judge ordered him to attend therapy sessions twice a week and submit to random drug testing three times a week. He must also complete his outstanding community service, take appropriate medication and not use medical marijuana.

Brown’s legal woes are not over. He faces a misdemeanor assault charge for punching a man in D.C. A hearing is set for June 25.

Brown has been in custody since March after he was kicked out of a Malibu rehab facility.

Photos via BET.com and People.com