Miami Heat star Chris Bosh’s mansion was robbed of a significant amount of goods according to News 6 in Miami.

Bosh’s home was robbed Wednesday night, Miami police said. The report indicates an estimated $340,000 in watches, handbags and rings were stolen. There is no word yet if anyone was harmed in the break in. It is also unclear if Bosh’s championship ring for the 2012 NBA Finals was stolen.

NBC 6 reports, Bosh was out celebrating his 29th birthday at Briza in Miami on Wednesday night. It was a Moroccan themed party, which included belly dancers, fire breathers and a camel named Henri greeted guests. The festivities started at 9 p.m.

Bosh bought his Miami Beach home for $12.5 million in 2009. It has seven bedrooms and is 12,000 square feet on a 24,000 square feet lot, facing Biscayne Bay and beautiful La Gorce Island. Check out a few photos of the mansion below. 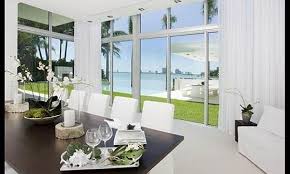 Check out a few photos from Bosh’s birthday bash below.