Chad Johnson Released From Jail, Claims He Only Makes $3,000 a Month [Details]

Chad Johnson was released from jail after serving seven days of a 30-day jail sentence.

Johnson was reportedly granted an immediate release from jail on Monday after he apologized to Judge Kathleen McHugh for his disrespectful behavior during court last week.

“I just wanted to apologize for disrespecting the court last time,” said Johnson, wearing a tan jail jumpsuit with his hands shackled at the waist. “I apologize. I did have time to reflect on the mistakes I made in this courtroom.”

McHugh apparently accepted Johnson’s apology after ripping him for his history of disrespectful behavior. McHugh is referring to an incident that took place on May 10. After McHugh agreed to the terms of Johnson’s plea deal in the wake of his domestic violence case. As McHuh was speaking to Johnson toward the end of his hearing, she asked him if he has been pleased with the work of his attorney, Adam Swickle. Johnson said that he has, before playfully patting Swickle on the butt. 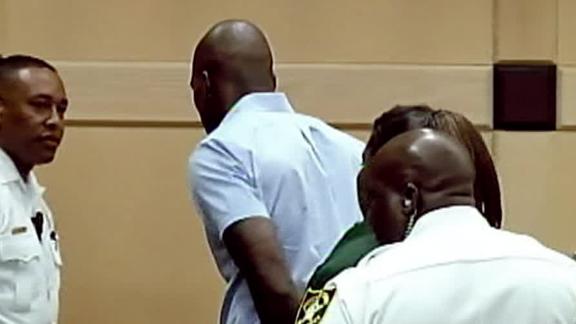 The gesture infuriated McHugh, who then changed her mind and sentenced Johnson to 30 days in jail.

Meanwhile, Johnson claims he’s struggling financially. TMZ reports Johnson has been battling the mothers of his children in an effort to lower his child support payments.

Maybe his recent jail sentence will motivate him to get a job or turn his life around.

Photos via NBCMiami.com and ESPN