Cee Lo Green had to apologize to his fans after he made some questionable comments over the weekend.

After Green pleaded no contest to one felony count of furnishing ecstasy to a woman during a 2012 dinner in Los Angeles on Friday, the singer voiced his opinion over the matter on social media. His comments didn’t go over so well with people on Twitter on Sunday.

In posts later deleted from his account, the former The Voice coach tweeted, “People who have really been raped REMEMBER!!!” Read his rant and the debate he had with people below. 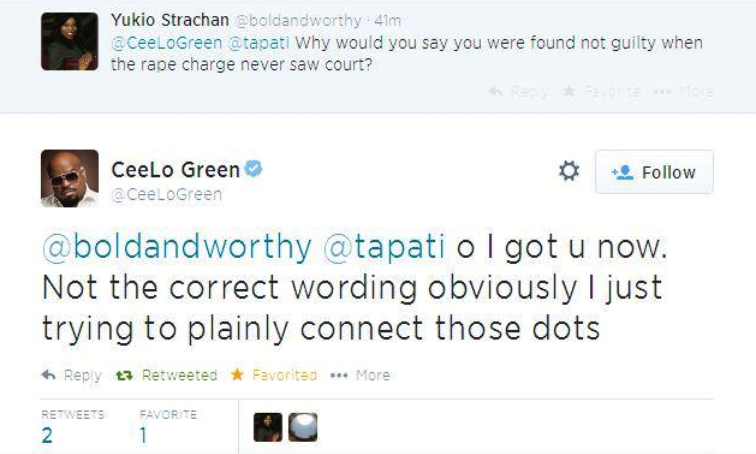 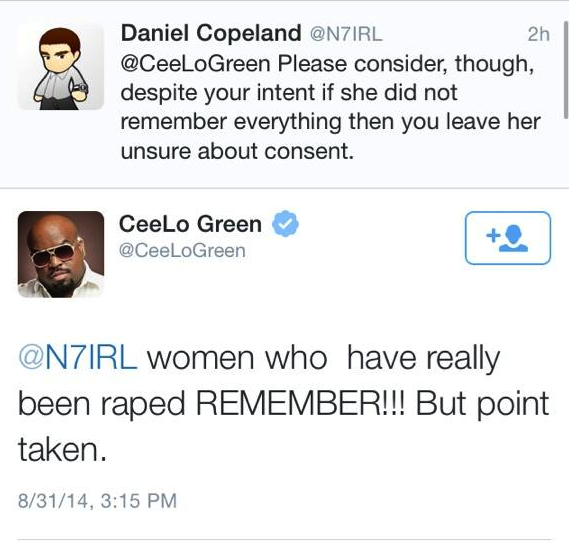 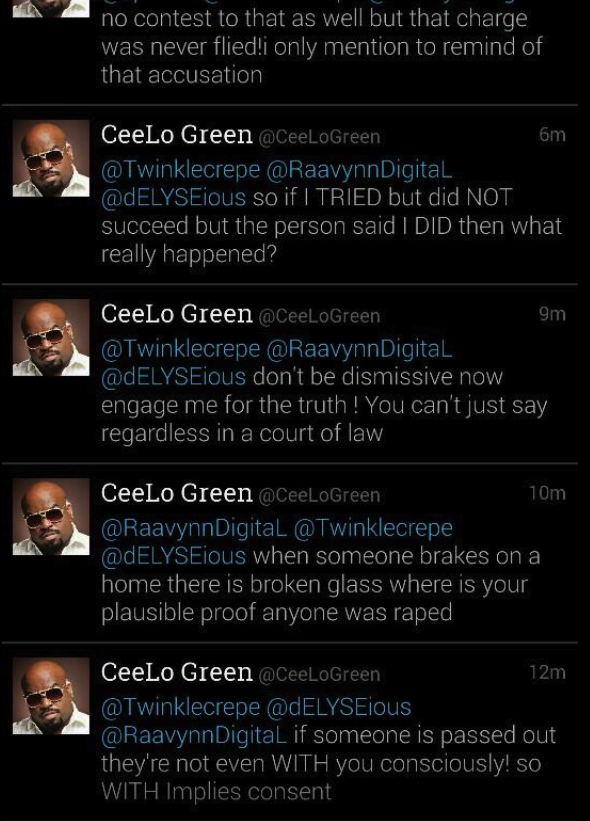 Later, Green apologized. He tweeted his comments were “taken so far out of context” and stating “I’d never condone the harm of any women.” He added, “Let me 1st praise god for exoneration fairness & freedom! Secondly I sincerely apologize for my comments being taken so far out of context. I only intended on a healthy exchange to help heal those who love me from the pain I had already caused from this. Please forgive me as it.”