Carmelo Anthony: ‘La La Has a Right to be Upset With Jordan Crawford, Celtics!’ [Details]

There is still bad blood amongst both squads and it became evident Wednesday night when the teams had to be separated. Celtics star Jordan Crawford ignited the dust-up when he allegedly told Anthony ‘that muthf**ka [Kevin Garnett] f**ked your wife.”

No one knows for certain if Crawford did yell the rude remarks but many speculate he did. Crawford was referring to the Honey Nut Cheerios incident that took place between Anthony and Kevin Garnett back in January. Garnett allegedly told Anthony that his wife tasted like Honey Nut Cheerios during an argument.

On Thursday, La La took a shot at Crawford on Instagram and called him out for being a benchwarmer. 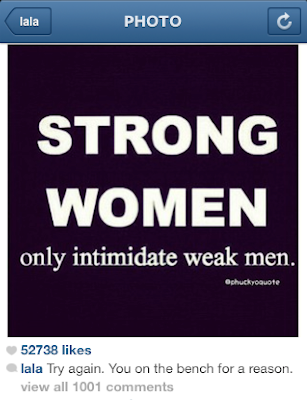 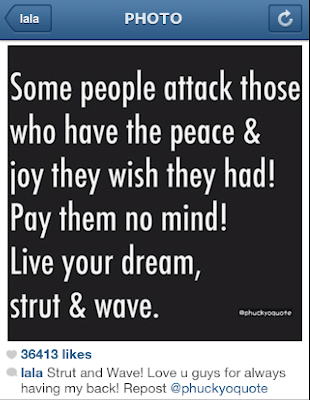 Crawford, later, denied that he said anything about the reality star, but Carmelo seems to think differently.

“I would be upset too if I were her,” Anthony told the NY Daily News Friday. “She always gets thrown into the mix of the Boston Celtics series. So I would be upset. She’s her own person and at the end of the day, so she has the right to say what she wants to say.”

The beef between Garnett and Anthony may run much deeper than basketball. Rumors are floating around that Garnett’s wife Brandi used to be friends with LaLa but their relationship fizzled before the Honey Cheerios incident in January.

Its unclear why the two are not friends anymore but many speculated that LaLa and Garnett allegedly had an affair. The Boston Celtics star was allegedly paying back Melo for getting his jump off Krissy Frieberg pregnant before he married LaLa.

The Knicks play the Celtics in Game 6 of the NBA playoffs Friday night, and it should be a nail biter. The Celtics want a win to remain in the championship hunt, while the Knicks look to move on to the next round with a victory.

If you can read lips, check out the video below.