As the saying goes, “If he cheats with you he will cheat on you!”

Singer Fantasia Barrino may be in this predicament. Radar Online reports that her second baby daddy Antwaun Cook has been cheating on the American Idol winner since before she was pregnant.

“Antwaun has been cheating on Fantasia all along, just like he cheated on his wife with Fantasia,” a source told RadarOnline. “She was silly to think he’d remain faithful but it was wishful thinking, I guess. She purposely had this baby with him hoping he’d be a devoted father and boyfriend.” 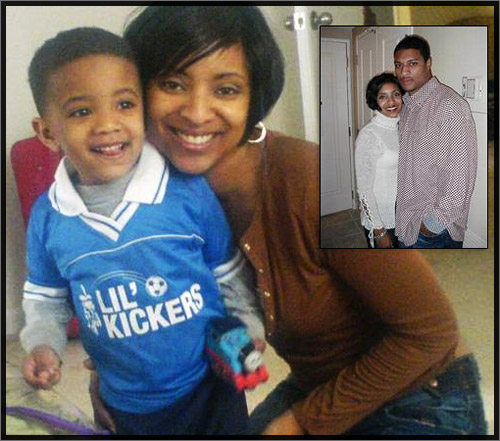 But it doesn’t appear the birth of Fantasia’s second child and Antwaun’s third has helped bring the couple closer. Another source told RadarOnline that not only has Antwaun cheated on Fantasia with other women, but he’s even asked his estranged wife Paula Cook for another chance.

“He tries to get Paula to take him back all the time, but she wants nothing to do with him,” the source said. “Fantasia knows that Antwaun cheats, but she just turns a blind eye hoping for some fairytale turnout.”

Things appeared to be turning around for the couple. After reports circulated that Fantasia wanted Antwaun to help out more financially. Cook lauched his own business called “Free Yourself Bails Bonds Inc” earlier this month. It is a step up from his former job as a T-Mobile representative.