A Buffalo Bills fan was injured Sunday after falling from the upper level at Ralph Wilson Stadium.

The unidentified man appeared to be attempting to slide down a railing in the upper deck, when he lost his balance and tipped backward. He fell from the 300 level to the 200 level during Sunday’s Bills-New York Jets game.

CBS actually captured the moment on video as it was coming back from a commercial. The man landed on another fan in the 200 level and that both were taken to the hospital. 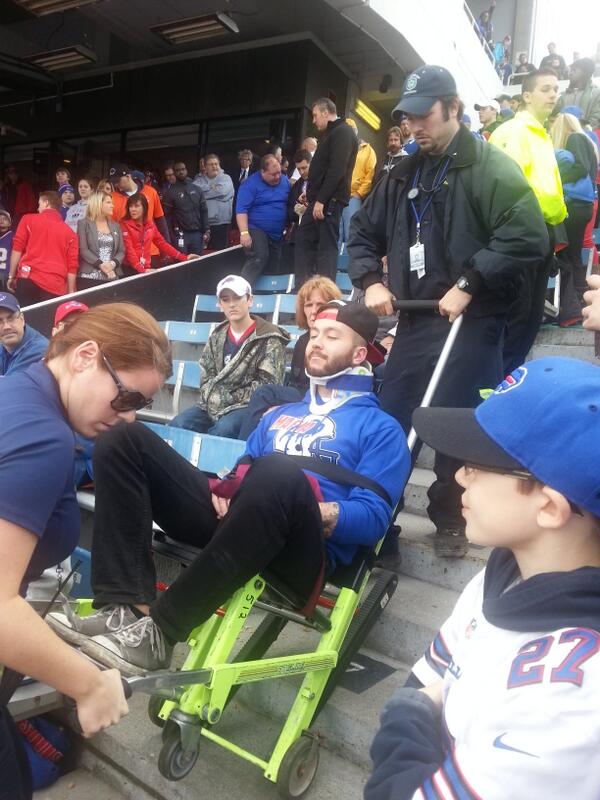 The man injured his shoulder while the person that he landed on sustained a head injury. Check out different footage of the fall below.

Watch slow motion footage of the fall below.