Chris Brown loves his friends and he is loyal to them.

Rihanna and Her Cousin Make Fun Of Karrueche Tran, She Snaps Back! [Details]

Brown allegedly foots the bill for the OHB crew when they party and go on trips. But many speculate that Brown’s crew does nothing more than mooch off his success and give him no respect.

OHB boy Wackstar was on Instagram bragging about getting money when Bow Wow blasted him for lying. Check out the exchange below. 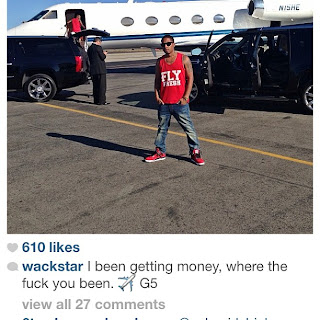 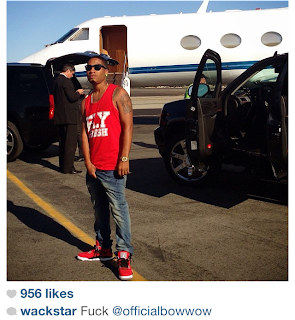 It’s nice that Brown’s friend Wackstar has a sense of humor. This could have gotten ugly. Lord know there is plenty of dirt that he could have said about Bow Wow.
Photos via BET and Diversehiphop.com