Bobby Brown and his daughter Bobbi Kristina finally had some father-daughter time.

The two had lunch at Blue Fin, which is located in Times Square, on Tuesday in New York. A source told UsWeekly that they were not alone. Brown’s girlfriend Alicia Etheridge and three other people were at the restaurant as well. 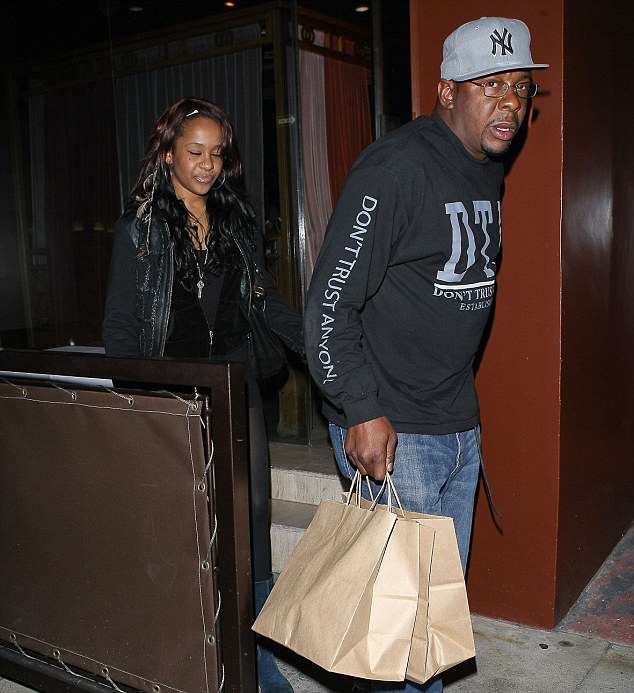 Bobbi Kristina appears to be doing much better these days since the death of her mother Whitney Houston on Feb. 11. The 19-year old was hospitalized twice after the sudden death.

Since then she’s gained plenty attention because of her alleged relationship with her adopted brother Nick Gordon, who Whitney helped raised since he was 12 years old. The couple allegedly live together in Atlanta.

“Bobbi Kristina is still so vulnerable since her mother passed away,” the source told UsWeekly. “But Nick has become like her rock.”

Meanwhile, Bobby Brown pleaded no contest to his DUI charge that he received in March. He was sentenced to 36 months of probation and one day in county jail, which he already served after his arrest. He must also complete a 90-day alcohol program.