Keys will lead an array of new business initiatives that will drive engagement with BlackBerry and perception of the brand. Heins introduced Keys at the BlackBerry 10 launch event at Pier 36 in New York City.

Keys admitted BlackBerry was once like an ex-boyfriend to her. “We broke up. I was  playing the field. Now we’re “back together.”

The BlackBerry 10 features, video calling capabilities for BlackBerry messenger, touchscreen  keyboards, 1080p video recording, BlackBerry Balance, which separates all work and personal apps into two different profiles on the phone. It also has Instagram-like filters on its camera, the ability to download music straight to the phone, and more. 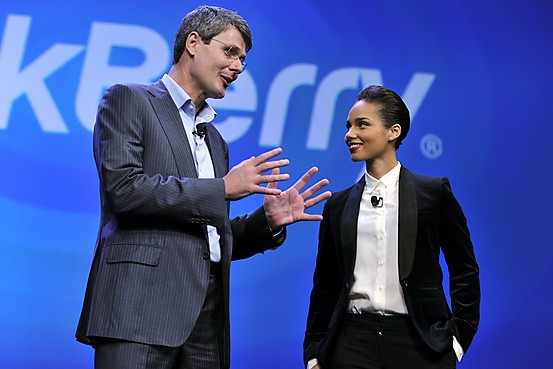 Keys went into further detail about her new position with BlackBerry on her website:

In her new role, Alicia will work closely with app developers, content creators, retailers, carriers and the entertainment community to further shape and enhance the BlackBerry 10 platform, and inspire creative use through its remarkable capabilities and functionality. From music to books, to film, to apps, Keys will lead the charge of enhancing entertainment consumption and distribution, through the power of BlackBerry 10.

Photos via The Wall Street Journal, Twitter and YBF