Blac Chyna and Tyga are no longer together.

Blac Chyna confirmed the news on social media. Just days after rumors surfaced that Tyga broke things off with her, the former stripper called out Tyga for the way he handled things.

Blac Chyna made sure her Twitter followers knew she never cheated, while she called Tyga a ‘f*ck n*gga!” Read Chyna’s rant below. 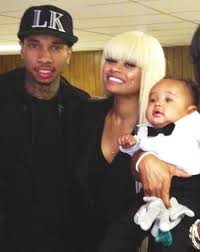 Chyna and Tyga began dating in 2011. The couple got engaged a year later and now share a son, King Cairo, who turns two in October.