No, Cosby’s image continues to be tarnished after several women recently accused him of being a rapist and taking advantage of young actresses. After comedian Hannibal Buress bought up Cosby’s multiple sexual assault accusations in his standup last week, its been downhill for the 77-year old.

Queen Latifah canceled Cosby’s appearance on her show because of the controversy.

“Mr. Cosby’s scheduled appearance on The Queen Latifah Show was postponed at his request and was in no way related to any of our recent or upcoming scheduled guests,” a rep from Sony Pictures told Gawker:

Its been reported that Cosby’s PR team has continually buried the sexual assault allegations of 13 women that span between the years of 1970 and the mid 2000s. But it wasn’t until Buress addressed the multiple sexual assault accusations in his comedy show.

“Thirteen? And it’s even worse because Bill Cosby has the f-cking smuggest old black man public persona that I hate,” Buress said. “Pull your pants up, black people. I was on TV in the ’80s. I can talk down to you because I had a successful sitcom. Yeah, but you raped women, Bill Cosby. So, brings you down a couple notches. I don’t curse on stage. Well, yeah, you’re a rapist, so, I’ll take you sayin’ lots of motherf-ckers on Bill Cosby: Himself if you weren’t a rapist.[…] I want to just at least make it weird for you to watch Cosby Show reruns. […] I’ve done this bit on stage, and people don’t believe. People think I’m making it up. […]That sh-t is upsetting. If you didn’t know about it, trust me. You leave here and google ‘Bill Cosby rape.’ It’s not funny. That sh-t has more results than Hannibal Buress.” 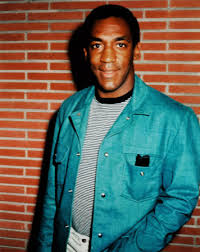 Shortly after Buress’s standup went viral, a former actress named Barbara Bowman shared her detailed story to The Daily Mail of what she claims happened when she was 17 years old.

‘He wanted me to act completely drunk, wasted, while he stood behind me and stroked my neck and upper chest,” Bowman said. “He didn’t touch me beyond that, on that day, but that’s where it certainly started.

Buress continued, “Even though it felt off to do the exercise, I gave it my all. I’d learned from years of acting classes that I had to take direction. After all, I was in the presence of the most powerful man in America at that time. Dr Huxtable chose me!’

Cosby even flew out Buress’ mother to shows on Broadway in an effort to convince her that she was in good hands. In 1986, Cosby allegedly brought Bowman to his hotel room in Reno, Nevada:

Buress added, “It was so invasive and frightening and humiliating. There was no way I could tell my mother. I couldn’t even admit it to myself. I tried to convince myself that I’d imagined it. That it was a one-time thing, that it wouldn’t happen again. And I was paralyzed with fear.”

Bowman claims on another occasion Cosby invited her to his apartment in New York for dinner. She said that even hough she only drank one glass of wine, she woke up later throwing up over a toilet bowl in a man’s shirt and her underwear with Cosby holding her hair back.

In 2006, after another woman said she was raped by Cosby, Bowman made plans to testify against the comedian. But before she could do so, Cosby’s lawyers had settled the other woman’s case out of court.