Beyonce Unveils a Series of Billboards in Times Square [Photos]

But the break will officially be over Memorial Day. Beyonce has announced that she will have three intimate shows at Atlantic City’s newest attraction. She will help launch the opening of the $2.4 billion Revel entertainment center on May 25, 26 and 27. The concerts will be held in the smoke-free Revel’s signature performance space, Ovation Hall, which was designed by a team of Cirque du Soleil veterans. Tickets for the shows go on sale on April 6 at 10 a.m.

With the anticipation of the shows, Beyonce’s creative director Matthew Siskin sent word to her fans asking them to show up en masse in Time Square at 5am Tuesday morning for the unveiling of Beyonce’s billboard. 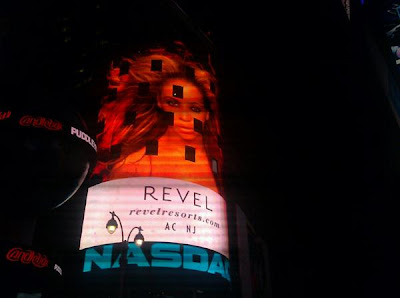 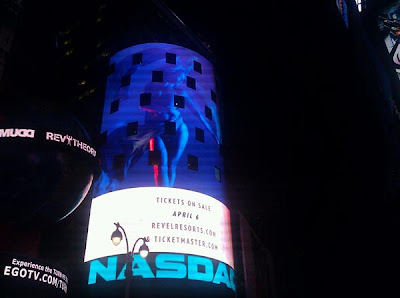