Basketball Wives of Miami star Tami Roman has been hit with her third lawsuit.

Roman has been sued by Bella Dream Hair owner Constance Corleone for $500,000. According to court documents, Corleone alleges Roman’s rep contacted her last September and asked her to try out Constance’s product.

Basketball Wives: Tami Roman Has Her Own Weave Line

Roman and Corleone went back and forth on Twitter. Corleone demanded Roman send her extensions back to her. Tami tweeted, “Mad that I already mailed that S**T back2u cuz I got they address-would took it to Constance myself lying bitch.”

Roman already has two cases lingering from this year. Former Basketball Wives cast member Meeka Claxton sued her in July for assault and battery. That lawsuit steams from a fight the two had in Italy during the taping of season three of the show. 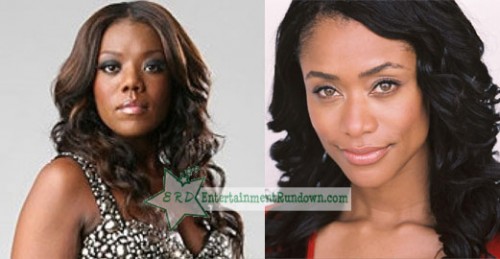 Roman was hit with her second lawsuit earlier this month. Her former manager Jerry Silverhardt alleges Roman didn’t pay him for services rendered, particularly regarding the show’s third season.

We sure hope Roman’s year begins better than this one ends.