Former Basketball Wives star Royce Reed may not be on the show any longer but that hasn’t stopped her from voicing her opinions about the cast.

Its no secret that Reed and Evelyn Lozada don’t get along, so it came as no surprise to fans when the former Miami Heat dancer went on a Twitter rant about her former costar. After Lozada said Reed was a ‘non-muthfacking factor’ during a interview to promote the show, Reed called her a ‘mentally slow hypocrite.”

Check out Reed’s tweets below. 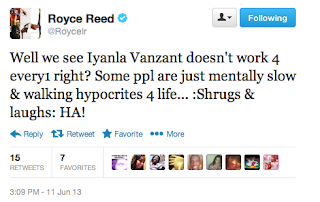 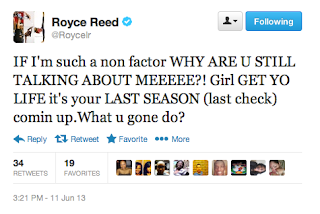 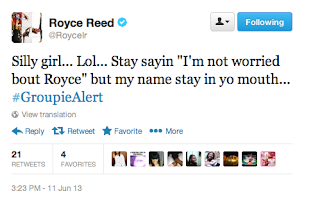 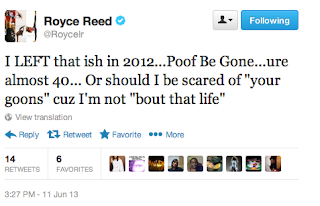 Couple Alert: Is Evelyn Lozada Dating Dodgers Carl Crawford?
Lozada has not responded to Reed’s comments yet.
Photos via Bossip and Twitter