It’s no secret that Basketball Wives LA star Jackie Christie and her daughter Chantel don’t have the best relationship.

Jackie has admitted on the show that their relationship is strained. But viewers of the show didn’t really know exactly what caused the rift until Monday’s episode. Chantel met with costar Laura Govan and divulged information about their family problems.

Chantel revealed to Laura that she and her sister Takari didn’t have a good relationship for years because of their skin color and weight. She said Jackie pitted the two against each other because Takari, who is the oldest, was darker and bigger than her. 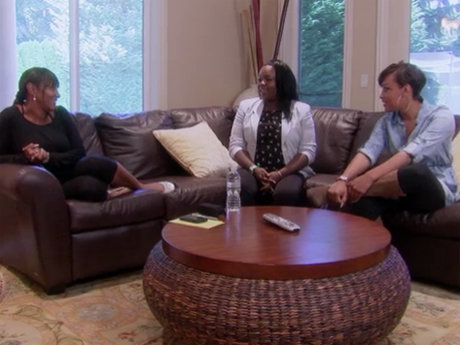 Now after watching the episode, Chantel regrets confiding in Laura because her intentions were not geniune. Check out what she posted on Twitter. along with scene from Basketball Wives below.

Watch Chantel confide in Laura below.