Rapper A$AP Rocky pissed off quite of few people after making comments about dark skin women.

The F*cking Problems rapper sat down with The Coveteur and talked about his beauty regimen. After Rocky revealed he uses Witch Hazel as a cleanser and exfoliating every day, things got awkward. When A$AP Rocky was asked his opinion on girls wearing makeup he didn’t hold back.

“But for real, for me, I feel like with the red lipstick thing it all depends on the pair of complexion,” Rocky said. “I’m just being for real. You have to be fair skinned to get away with that. Just like if you were to wear like—f*cking for instance, what do dark skin girls have that you know fair skinned girls cant do… Purple lipstick? Naw, that looks stupid on all girls! Purple lipstick, guys! Like, what the f*ck…”

Plenty of celebrities had negative opinions about his comments but no one had quite the response as Azealia Banks. The fellow Harlem native decided to make some juicy allegations about A$AP Rocky. Check out Banks tweets below. 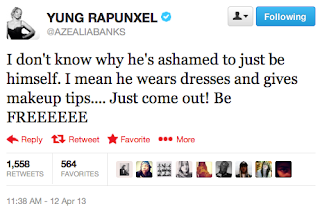 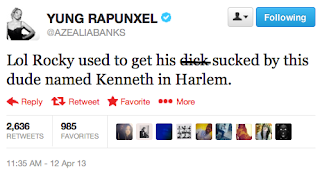 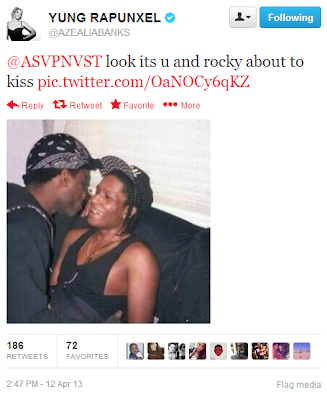 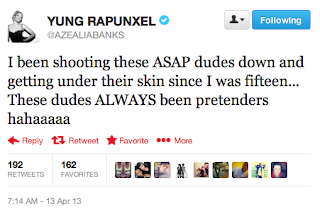 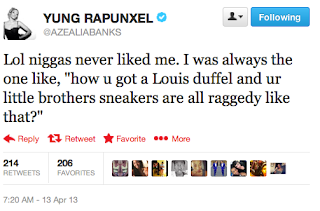 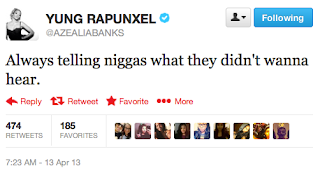 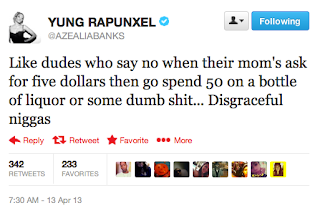 TI Says Azealia Banks Is On Some B-tch Sh-t, Banks Says He’s a Snitch and Clown!
A$AP Rocky’s comments about purple lipstick may have rubbed Banks the wrong way. She’s known for rocking the purple-hued look quite often.
Photos via Elle