The day before the release of his sophomore album This Thing Called Life, Alsina accused Def Jam of making the entire album available to stream on Vevo.

“I didn’t do this. My shitty ass label did it,” Alsina said.” They’re just fucking Shitty! Smh. Can’t win for fuckin losing dawg. FUCKKKKKKKKK YOU @DefJamRecords.”

Just a few hours later Alsina thought about his comments or his label made him apologize. He posted a message on Instagram apologizing for his behavior.

“I know in the past my actions have shown me to be seemingly ignorant because of my very BIG mouth,” he wrote. “I hate to come off negatively in any way possible and I may not handle every situation the way you may see fit.

“My ‘Fuck You’ tweet came from a place of frustration,” he continued. “I can’t express to you how much hard work was poured into this album, it’s [sic] presentation & roll out so for it to be leaked because of careless mistakes hurts me to the core.”

He concluded the letter by further clarifying his remarks. “I have a great deal of respect for my Def-Jam family, but I hate the disappointment my album leaking has caused my fans. I hope this letter provides a better understanding of where I’m coming from.”

But Alsina’s rant made waves because the album was removed from Vevo. 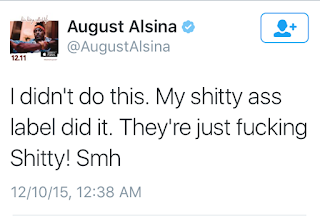 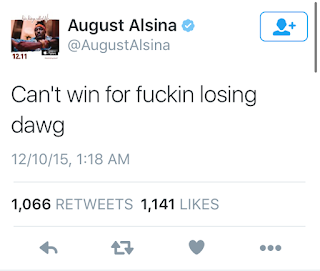 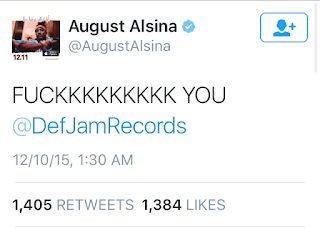 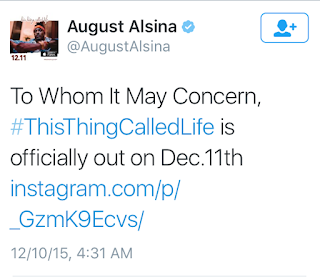 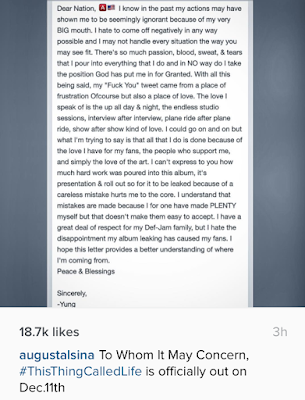