Real Housewives of Atlanta’s Phaedra Parks admits that everything is not what it appears to be.

Parks, who is in her second season with the show, claims reality television isn’t as real as people think. There’s plenty of editing that takes place to make it appealing to viewers. But she doesn’t mind being painted in an unrealistic way because it helps her business.

“At the end of the day, when people watch the show, they realize it’s for entertainment,” Parks told Atlanta radio host Rodney Ho. “Once [filming] is on the editing table, it might look like something else. That’s part of reality TV. Everything on reality TV isn’t as real as you think it is. I try to live without regrets.” 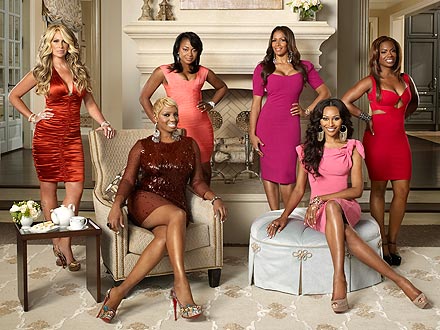 Parks continues to explain, “It doesn’t matter who you are. Whatever your character is, is what they make it to be. It’s not who I am, but who the producers think I am.”

“The TV show hasn’t changed people’s thought about me,” the lawyer says. “It makes me recognizable … [My law firm] gets all the referrals we need and more.”