Dr. Dre’s pockets will get a lot larger in the coming months.

Apple has agreed to buy Beats Electronics and Beats Music, for $3 billion, consisting of $2.6 billion in cash and $400 million in Apple stock. The companies were founded in 2008 by Dr. Dre and Jimmy Iovine.

The deal, which is expected to close before the end of September, is the most expensive acquisition in Apple’s 38-year history. It will include the subscription streaming music service Beats Music, and Beats Electronics that houses the Beats headphones, speakers, and audio software. 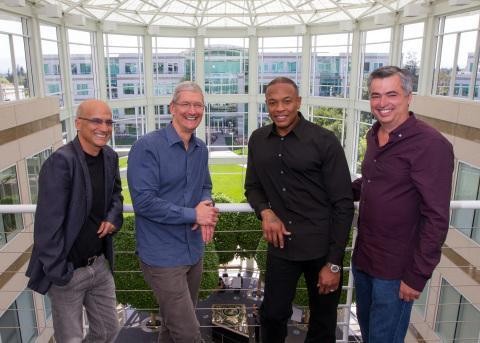 As part of the deal, Dre and Iovine will both become key executives in Apple’s music divisions. Dre hinted about the deal earlier this month when he was seen celebrating the news earlier in a video posted on social media.

Although Dre will add millions to his account from the deal, he won’t be a billionaire. According to Forbes, the deal would bump Dre’s net worth to around $800 million.

Photos via Yahoo.com and Cbc.ca