“I can confirm,” the organization’s president Michael Weinstein told Radar Online. “However, he has asked that all other information be kept strictly confidential at this time.”

Bay tweeted after her positive test, “Anyone who could have been affected have been notified and they have done the necessary procedures to make sure they are healthy.”

Daily revealed on Twitter that he relied on getting tested regularly, rather than using condoms. He tweeted, “Tuesday is coming and like I said nothing is in my control now. I was in control but I relied on a test and not a condom. That’s my fault.”

Later, Daily tweeted the photo below: “I have always gotten tested regularly and I will show just as of recent and check the records from years back.FEB” 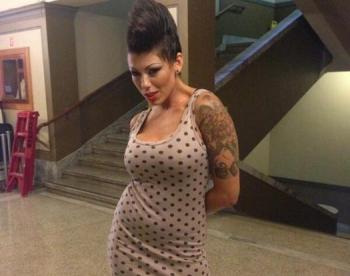 Bay responded with words of encouragement, She tweeted, “@Rod_Daily you are stronger than I will ever be!! stay that way never change.”