Angela Stanton Laughs At Phaedra Parks $30 Million Lawsuit Against Vibe, Says She Was Telling the Truth

The Real Houswives of Atlanta star Phaedra Parks made headlines last week when she filed a $30 million dollar suit against Vibe Holdings, which operates Vibe.com, Uptown Magazine, and Augustus Publishing.

Parks suit demands a jury trial, $5 million in compensatory and $25 million in punitive damages, and retractions. Parks insists that articles and a book entitled Lies Of A Real Housewife, by Angela Stanton that began publishing on the internet on March 14 ‘falsely accuse Plaintiff of being a crooked attorney who knows how to commit crimes, has committed crimes, and knows how to cover up her criminal activity.”

Parks suit states, “While Plaintiff recognizes the importance of the role of the media in reporting on public figures, Defendant and other members of the media are not granted an unfettered right or privilege under the First Amendment to defame public figures by publishing false and defamatory accusations with actual malice. As a result of its conduct, Defendant crossed the threshold from speech protected by the First Amendment to enter the arena of actionable defamation of a public figure for which they must be held legally accountable.”

While Parks sues three different companies that either published the book or had stories about it, the Real Housewives of Atlanta star did not include Stanton in her suit.

Stanton, who wrote a book exposing her alleged criminal dealings with Parks, laughed off the lawsuit on Twitter. She believes the truth will prevail.

Check out Stanton’s tweets below: 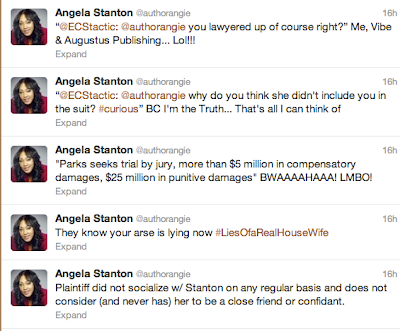 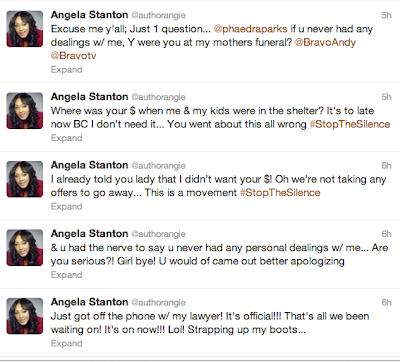 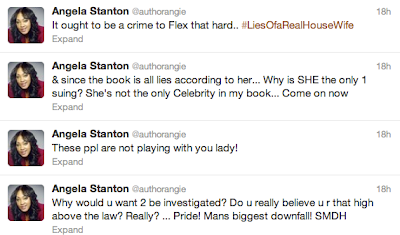 If you want to buy the book go here.