Amina is happy she’s pregnant for the third time with husband Peter Gunz. The reality star dropped the bombshell on the season 6 reunion show Monday night. The German-born singer unveiled the news by showing off her baby bump instead of pulling out a pregnancy test à la Season 4.

Many fans were shocked that Amina was pregnant again, because she terminated her second pregnancy during the season. It also doesn’t help that Gunz’s ex-girlfriend Tara Wallace recently gave birth to their child, Gunner.

Amina hoped on social media to explain her decision. 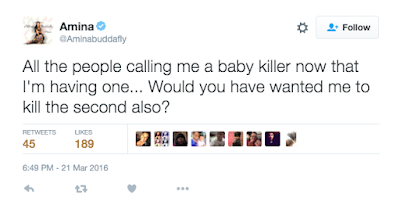 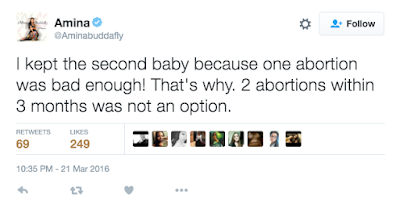 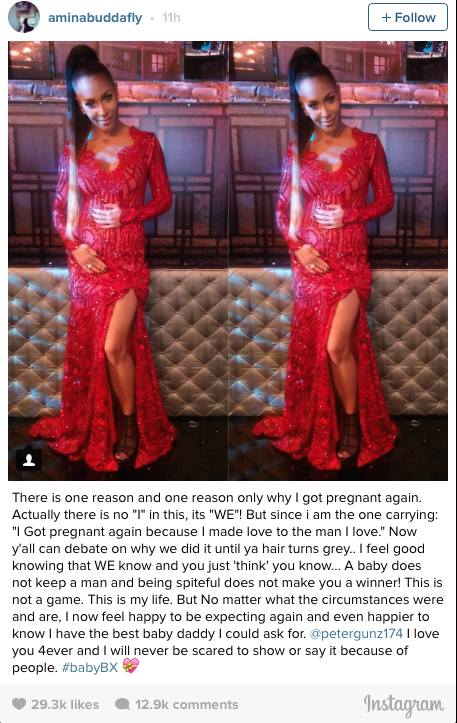 Looks like Tara and Peter’s new baby Gunner will have a little brother or sister later this year. Hopefully Amina, Peter and Tara will learn to use some form of birth control in the future. The way things are going we won’t be able to keep count of the off spring. Right now, Gunz has 10 kids.