That’s about how the Twitter beef between Amber Rose and Khloe Kardashian has been going down. It all began when Rose said that she does not approve of 17-year old Kylie Jenner’s rumored relationship with 25-year-old rapper Tyga.

During an interview with Power 105 on Feb. 13, Rose claimed that the rapper left Blac Chyna to date Jenner.

“She’s [Kyle] a baby, she needs to go to bed at 7 o’clock and relax,” Rose said. “That’s ridiculous. [Tyga] should be ashamed of himself. For sure. He has a beautiful woman and a baby and left that for a 16-year-old who just turned 17.”

Jenner’s older sister, Khloe, didn’t like Rose’s comments. Kardashian went on Twitter on Monday to tell Rose to keep quiet on the subject of her family. And that’s when all hell broke loose.

Khloe called Rose a stripper that didn’t have room to talk, while Rose insulted the entire Kardashian family, calling Kim a ‘whore.’ Read the entire exchange below. 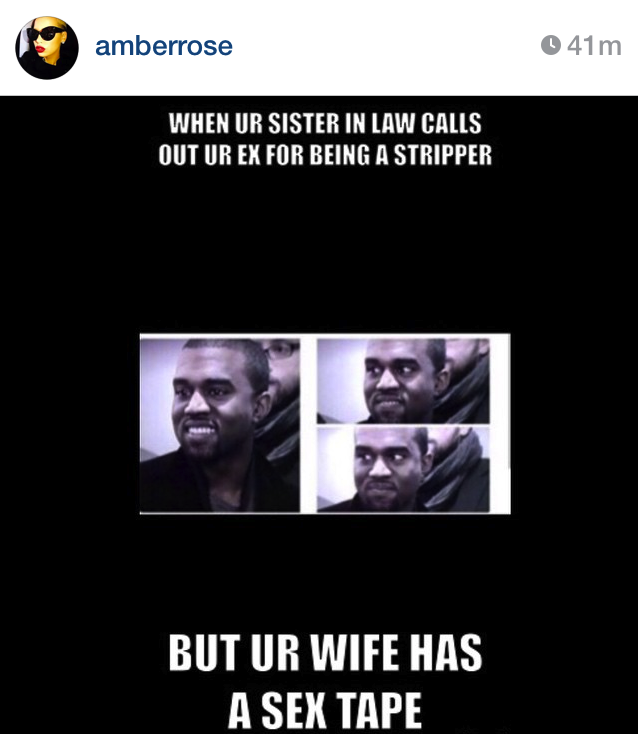 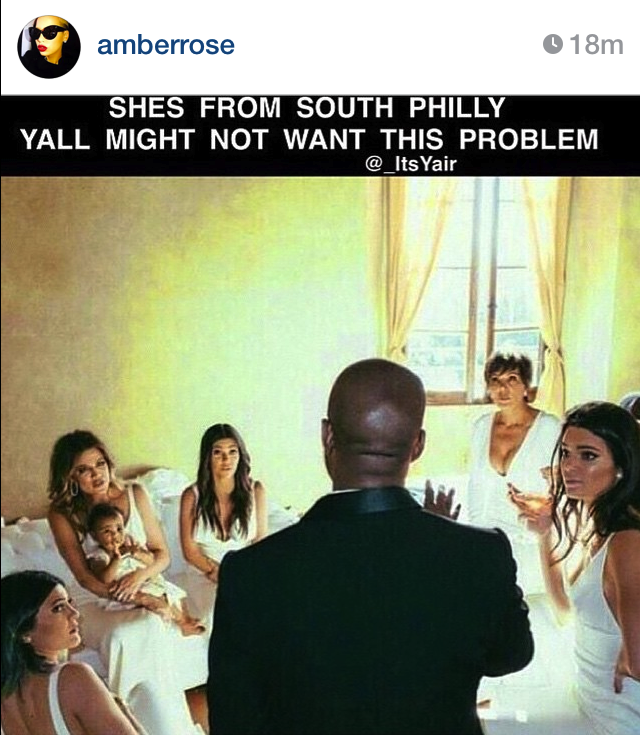 Later, Rose went for the jugglar after Khloe’s friend Jonathan Cheban got into the mix by posting memes for his bestfriend Kim. 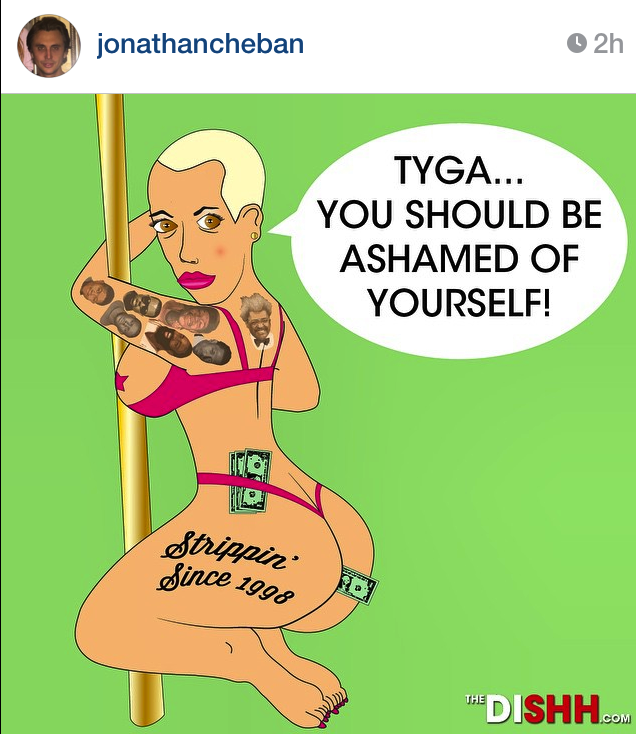 Rose didn’t let the photos slide. She began commenting on them, even asking where was Kanye West. 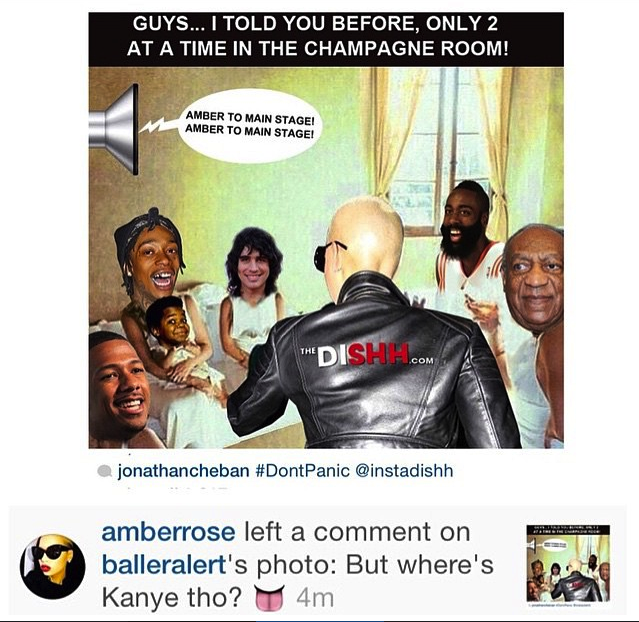 Then after a Kardashian fan posted stills from Rose’s leaked sex tape and Khloe ‘liked’ the photo, Amber clowned them about that too. 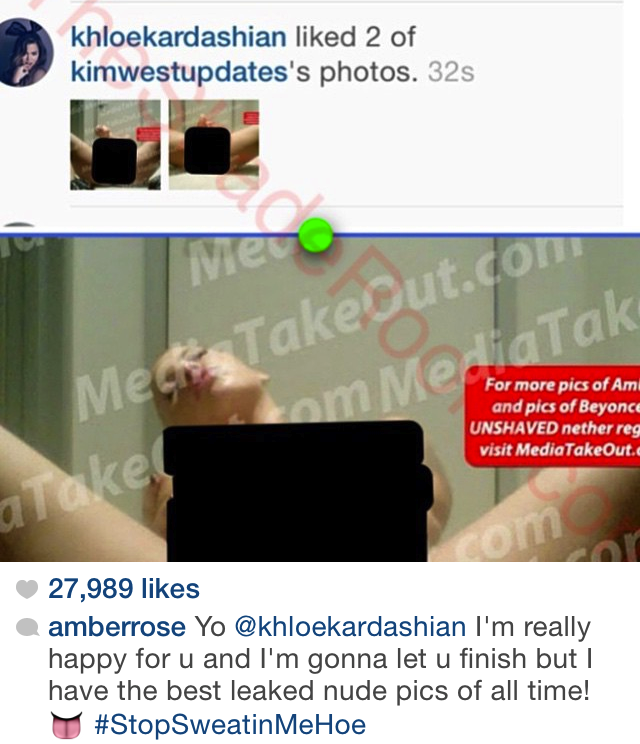 But Rose didn’t stop there. She basically said Khloe’s dad was OJ Simpson. 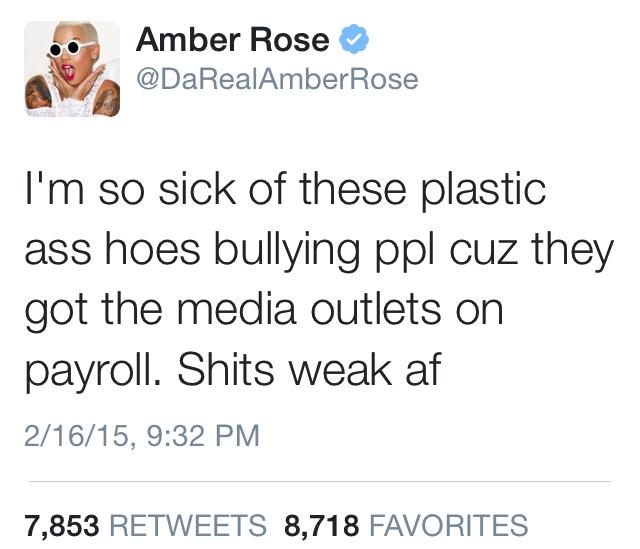 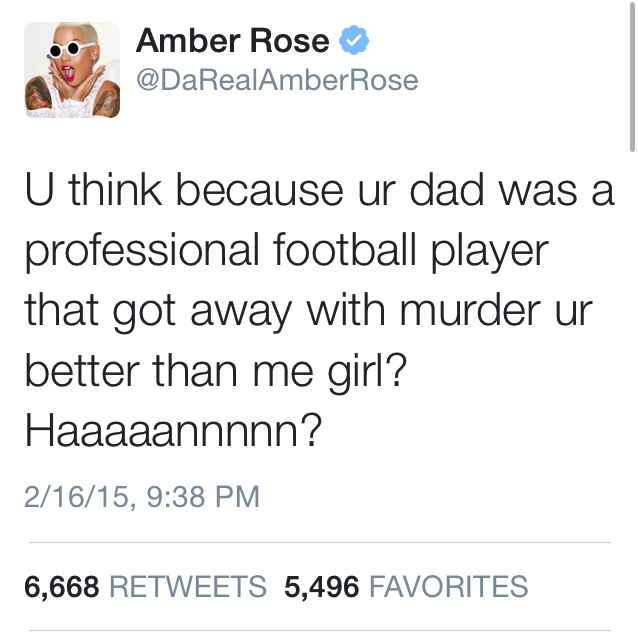 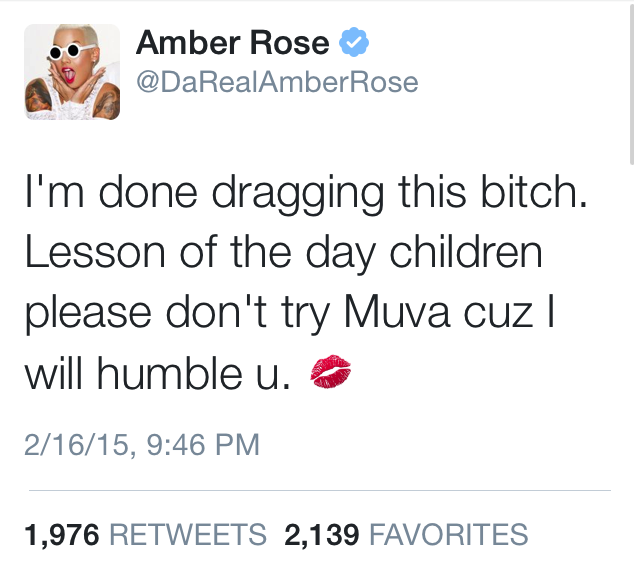