Former Nickelodeon star Amanda Bynes was arrested in her Manhattan apartment and taken for a psychiatric evaluation on Thursday night.

According to Fox News, police officers were responding to reports that Bynes was allegedly smoking marijuana and rolling a joint in her apartment building’s lobby. When police arrived to Bynes’ West 47th Street New York apartment, she allegedly threw a bong out the window.

The 27-year old was arrested and charged with reckless endangerment and taken to Roosevelt Hospital to undergo a psychiatric evaluation before heading to a Midtown precinct to be processed.

Police officers went to her apartment on the 36th floor and saw heavy smoke and a bong sitting on Bynes’ kitchen counter, Fox News reports. Prosecutors said she tossed the bong out the window in front of them.

She told the officers present, “It was just a vase,” according to Manhattan assistant district attorney Chikaelo Ibeabuchi.

TMZ reports that when police arrived she showed signs of disturbing behavior, including talking to herself. She eventually began yelling, “Don’t you know who I am?” 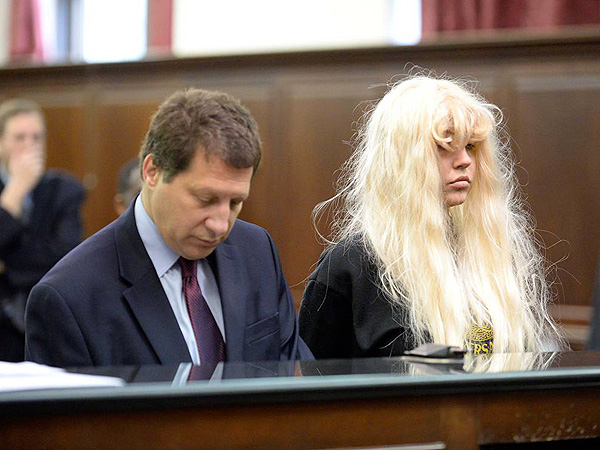 A source told Fox News that while a full preliminary psychiatric evaluation was performed on Bynes, professionals found no reason to keep her on a medical hold. After the evaluation, Bynes was taken the police station, where she spent the night.

On Friday, Bynes arrived in court and was also charged with attempted tampering with evidence and unlawful possession of marijuana, which are all misdemeanors. She must appear in court again on July 9.