Allen Iverson wants his family to fend for themselves.

Iverson’s estranged wife Tawanna claims that Iverson went on a spending spree when she filed for divorce in June. And the former NBA player stopped depositing money into their joint bank account and it has left her and their five kids penniless, TMZ reports.

Iverson has not deposited any money into their joint bank account. He’s also made several large cash withdrawals that included one for $20,000 that he spent on diamond jewelry. Tawanna claims the account was overdrawn for $23,000. 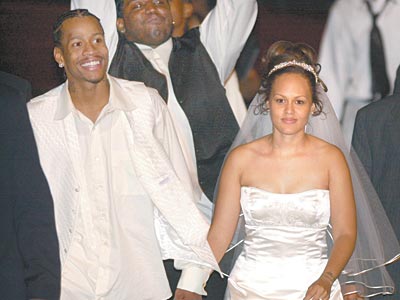 Tawanna has filed new court documents to help resolve this issue. She needs Allen’s financial support because she does not have any other source of income. She gave up her career to be a stay at home mom. Allen’s wife claims he’s worth $20 million and he’s not helping her financially out of spite. Allen denies Tawanna’s allegations in the court documents. No hearing date has been set.

Tawanna filed for divorce for the second time in Fulton County, Ga., Superior Court. Her petition says the two have been separated for some time and describes their marriage as “irretrievably broken.” She citied the same reason the first time she filed for divorce on March 2, 2010. She later withdrew that petition.