Swizz Beatz was treated like a king for his birthday.

His wife Alicia Keys sparred no expense putting together a Coming To America-themed birthday party at Capitale Restaurant in New York on Thursday. Beatz, who turned 36 Saturday, assumed the role of Prince Akeem from the 1988 movie starring Eddie Murphy and Arsenio Hall.

Swizz sat in a throne alongside his parents, who played the parts of King Jaffe Joffer and Queen Aoleon of Zamunda, The producer was joined by DMX, Diddy, his son’s mother Mashonda, LaLa and Carmelo Anthony, America’s Next Top Model’s Bre Scullark and Busta Rhymes. 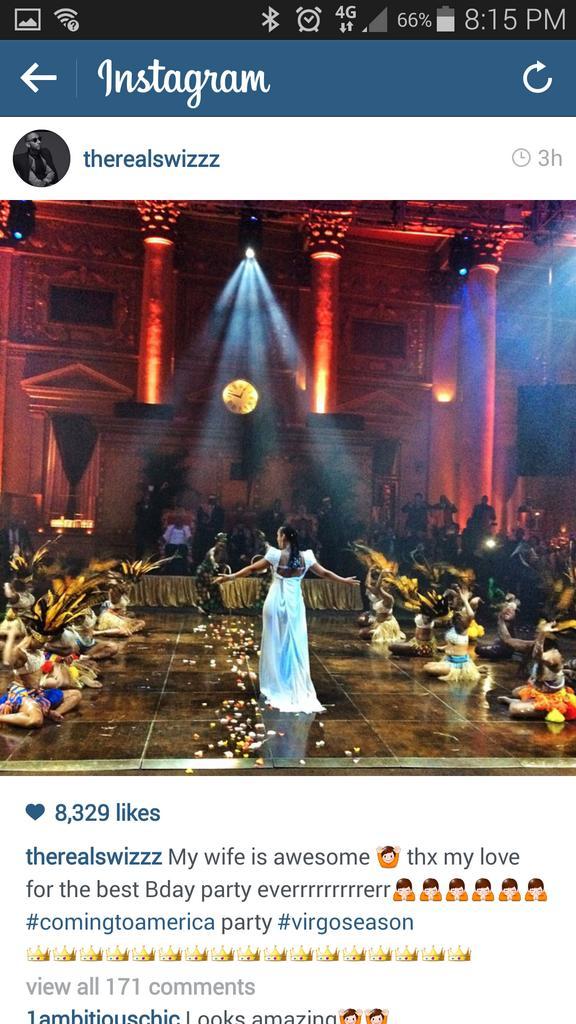 Check out a few photos from the party below.