The couple bought the Englewood, New Jersey mansion for the bargain rate of $12 million, the New York Daily News reports. The estate, which is called Bubble Hill, was listed at $14 million and had been on the market for seven years. The original price tag for the property seven years ago was $30 million.

The property, which is five acres, is just five miles from New York City. The 25,000 square foot mansion has eight bedrooms, 10 full bathrooms, and four half baths. It features include a wooden spa, bowling alley, indoor pool and recording studio.

Check out a few photos of the mansion below. 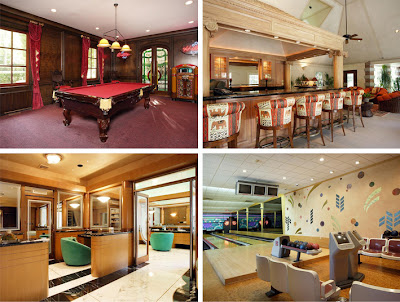