Al B. Sure and His Son Quincy Remaking ‘Night And Day’

Quincy Brown has reconciled with his formerly-estranged father Al B. Sure!

Quincy, who has been in search of his first hit, has teamed up with Al B to remake his 1988 hit single Night and Day. Although Quincy has been able to land some small roles in the TV, its been a tough battle for him in the music industry. He debuted his first song, Friends First, which feature French Montana in 2015.

Al B, who wants to help his son land his first hit, announced the news of the remake on Instagram. 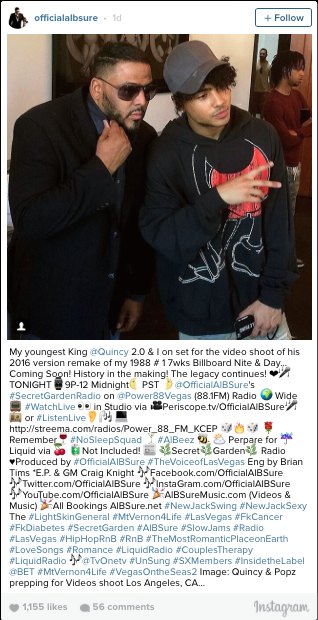 Quincy’s mom Kim Porter seems to be happy about the move as well. 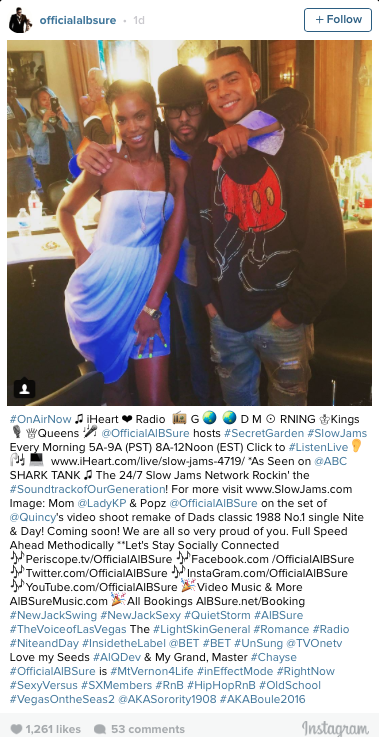 Quincy has enlisted the help of celeb choreographer Laurieann Gibson for the visual.

We can’t wait to hear Quincy’s spin on the song.