Love may be in the air between New York Giants wide receiver Odell Beckham, Jr. and Zendaya Coleman.

Beckham, Jr. and Coleman were spotted arm-in-arm all night at Universal Music Group’s Grammy after party at the Ace Hotel on Monday night.

Coleman, 19, spent the entire night joined at the hip with the 23-year-old wide receiver. And they didn’t just stay at one event. They also partied at Hyde. The two even popped into a photobooth together for some snapshots.

But Coleman’s father denied a relationship when they cornered him outside Hyde.

“What relationship? There’s no relationship? [They’re] just friends,” Coleman’s dad said, explaining that he was chaperoning the pair. Chaperoning his 19-year-old daughter and her 23-year-old, um, friend? “When you see my daughter out on a date without me, it’s a relationship. … It’s like an audition. It’s an interview.” 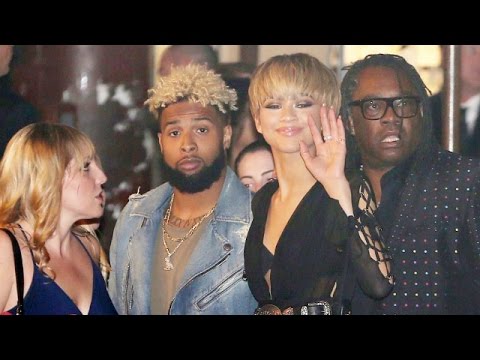 Photo via GossipGirl.com and Getty Images