50 Cent, Sylvester Stallone & Arnold Schwarzenegger On Set of The Film ‘The Tomb’ in New Orleans [Photos]

Curtis “50 Cent” Jackson traded in his fitted caps, T-shirts and baggy jeans for a preppy look on the set of his new film The Tomb.

Before 50 Cent makes a return to music this summer, the New York rapper is busy shooting scenes for a $70 million action movie that stars Sylvester Stallone and Arnold Schwarzenegger. 50, who will costar in the film, was spotted on set Wednesday in New Orleans sporting glasses, a cardigan, and slacks while shooting scenes for the film, which is expected to drop next summer.

The movie follows Ray Breslin (Stallone) the world’s foremost authority on structural security, who is framed and locked in a high-security prison of his own design. He must use his skills to find out who put him there. 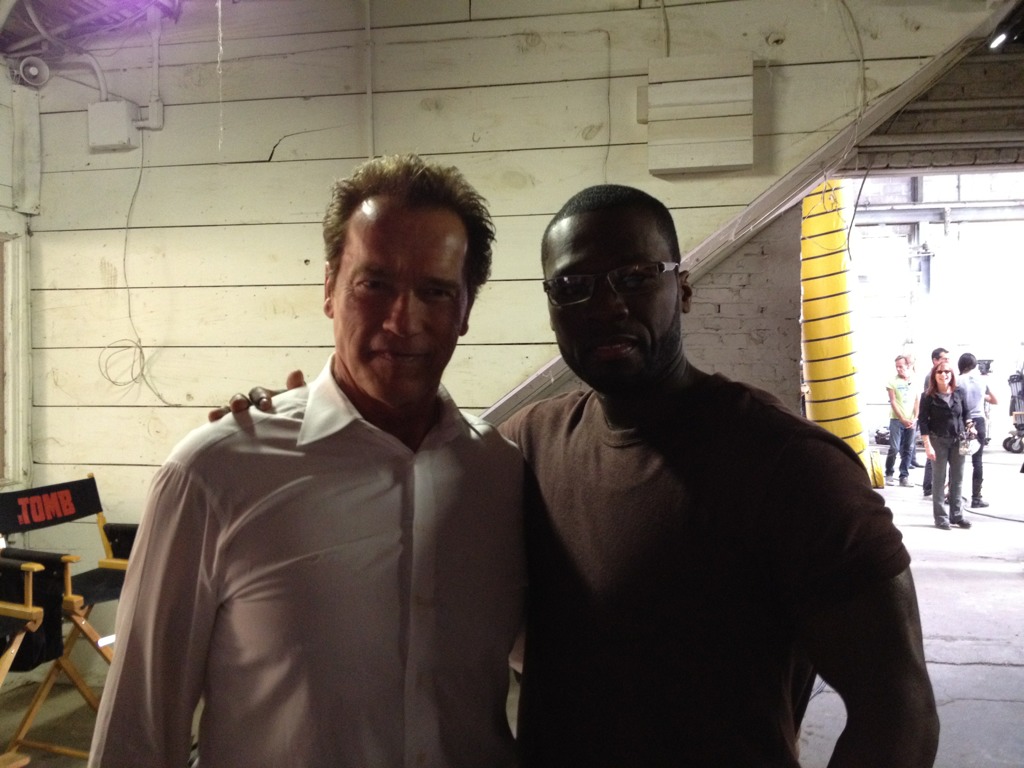