50 Cent and The Game Squash Beef at L.A. Strip Club

50 Cent and The Game seem to have squashed their beef.

The Game made the announcement. He said he was no longer at odds 50, after hanging out together at Ace of Diamonds strip club in Los Angeles. The Compton rapper grabbed a microphone and said it to the crowd in attendance.

“I fuck with 50,” Game said. “What happened, that shit was 12 years ago. Ni**as ain’t on that shit. Drink your motherfuckin’ Effen…Ain’t nobody on that old shit.”

Last week, The Game reflected on his G-Unit days. 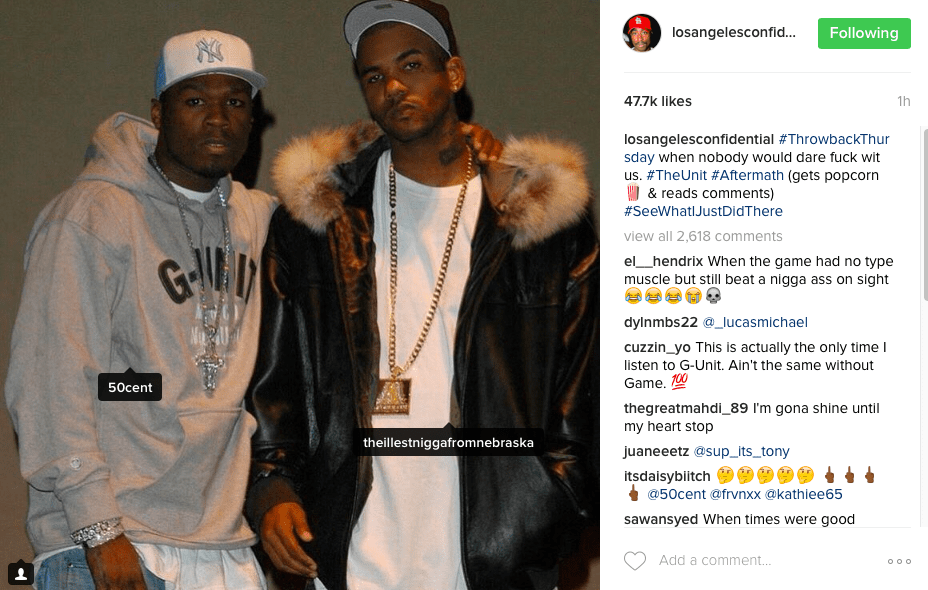 Both seem to have a change of heart from a few months ago. In February, 50 seemed to have a problem with the fact that Game and Lloyd Banks appeared in a photo together.

“Shit don’t get old with me,” he said. “I never ask for trouble but I really don’t have a problem with it. I’m different.”

Watch the video of The Game and 50 ending beef.

The Game squashed issues with 50 Cent while in the club with him pic.twitter.com/wbLJE1cLPi

Watch other footage of them at strip club.